Obviously, I have a lot of catching up to do on this blog. We'll start with Christmas and get ourselves into 2015!

Grandma Kate came to spend Christmas break with us. The boys loved having her around to play games with. 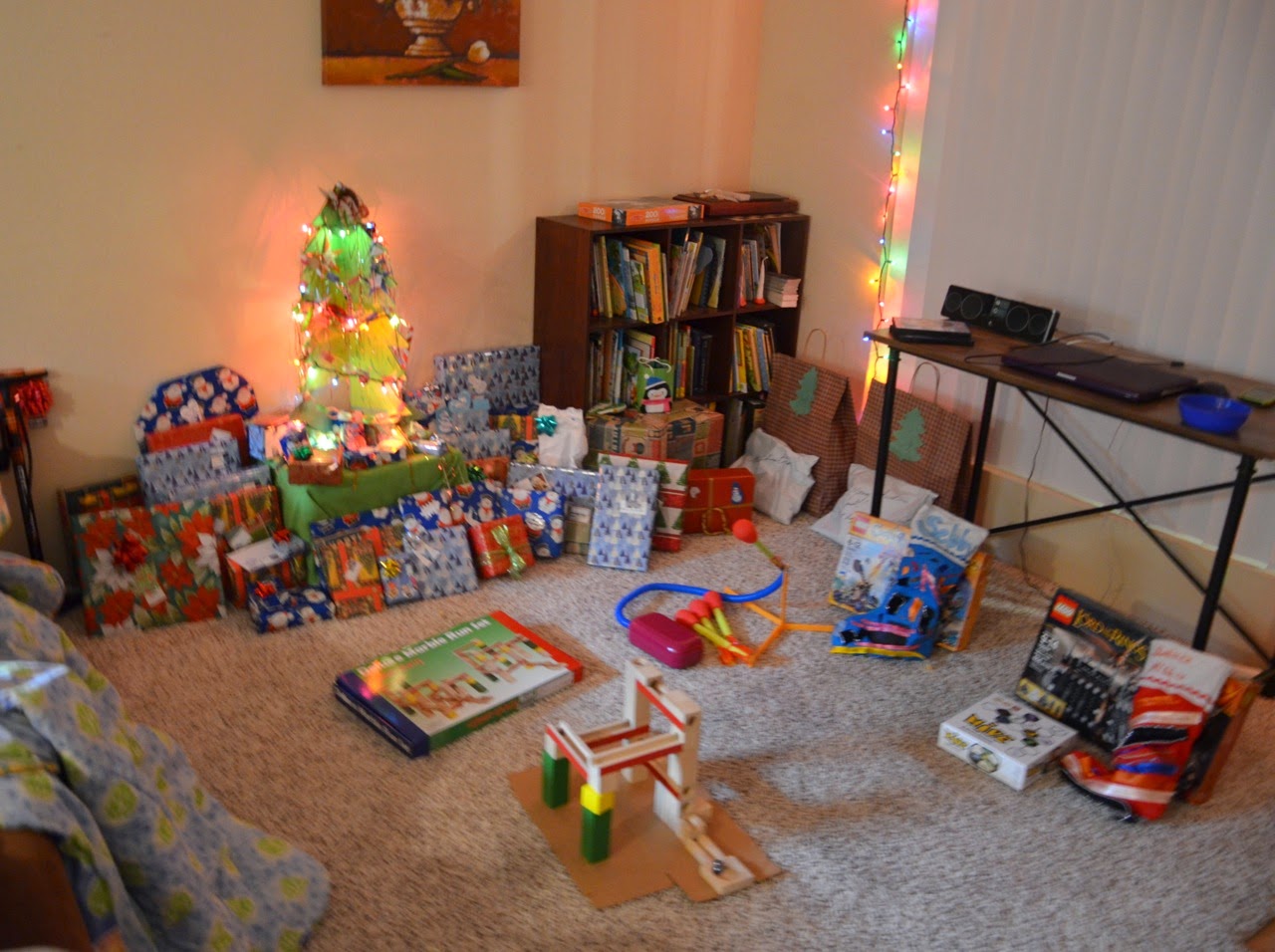 On Christmas Eve, when the young ones were fast asleep, we made everything look just right.

Before this year, I had often contemplated the Santa Claus dilemma. I suppose every parent has some kind of an internal debate that goes: I want my children to feel the wonder and magic of Christmas, yet I don't want to disillusion them when they realize that the actual Santa doesn't land on our roof on Christmas Eve. This year, I didn't have to worry about that, at least not with Misha.

A week or two before Christmas, when I took Misha to the dollar store to pick out a few gifts for Sebby, he turned to me with a little smile and said, "I know who Santa is." "You do? Who?" I asked, pulling into the parking lot. With that same smile, he said, "You guys are!" When I asked him how he figured it out, or if someone told him, he said, "I just thought about it." I was happy to see that he was neither crushed nor betrayed. Josh and I have apparently successfully instilled in him an appreciation of cultural legends - and legends are magical and wondrous in themselves.

Christmas morning came bright and early at 6 a.m. when Misha and Sebby came bounding into our room telling us to wake up. Luckily, Grandma Kate was sleeping on the couch, so she was already in the midst of the fray and didn't miss anything. The kids happily dumped out their stockings and discovered their cool Legos and marble run while the rest of us slowly got the coffee going. 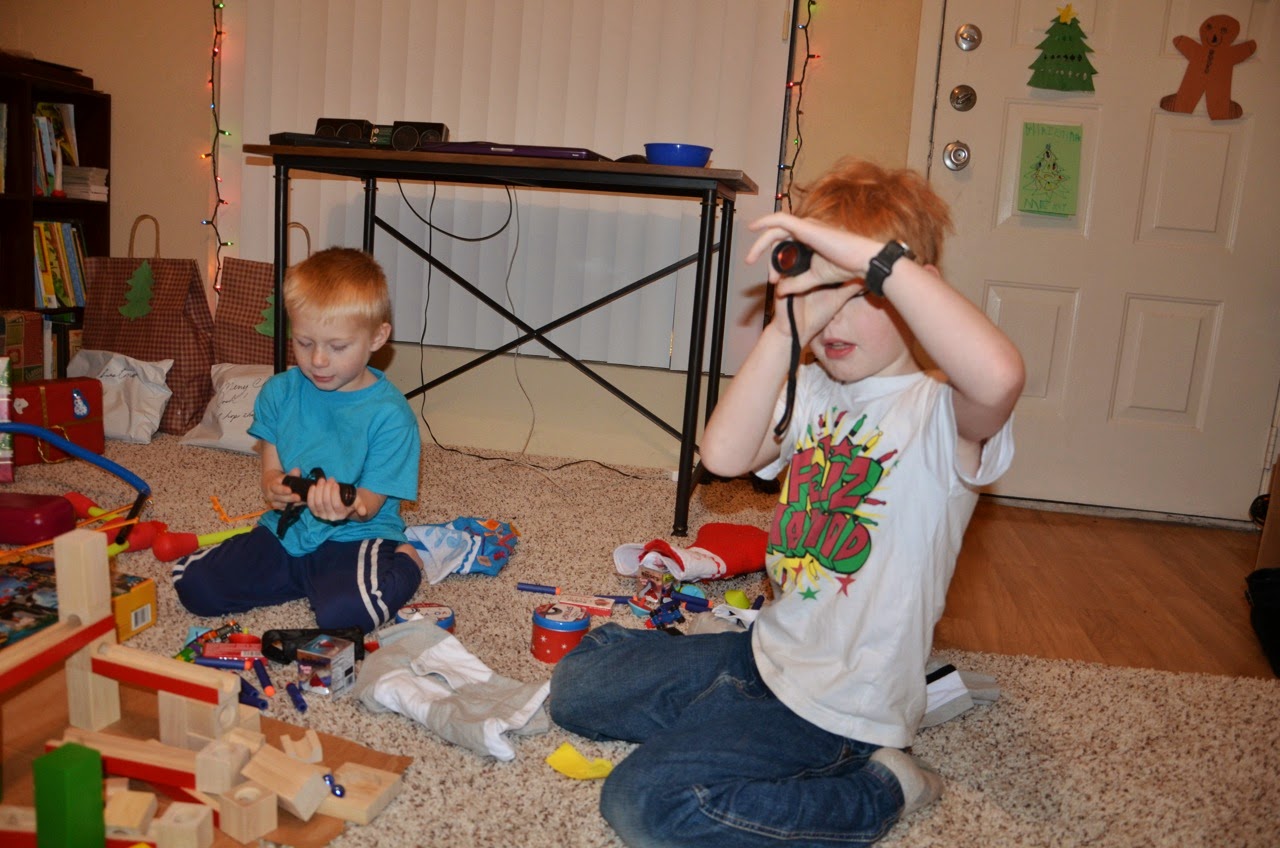 One of the best moments of Christmas was seeing the boys so excited about giving. It was so obvious from their faces that giving really IS better than receiving. At Sebby and Misha's insistence, the very first presents that had to be opened were their own, the ones they had made at school for their parents. Since Sebby could barely contain himself, we opened his first - an adorable snow globe made from a glass jar, glitter, and a laminated photo of himself inside. (This is the present that he was so excited about, he actually told me what it was well before Christmas morning.) 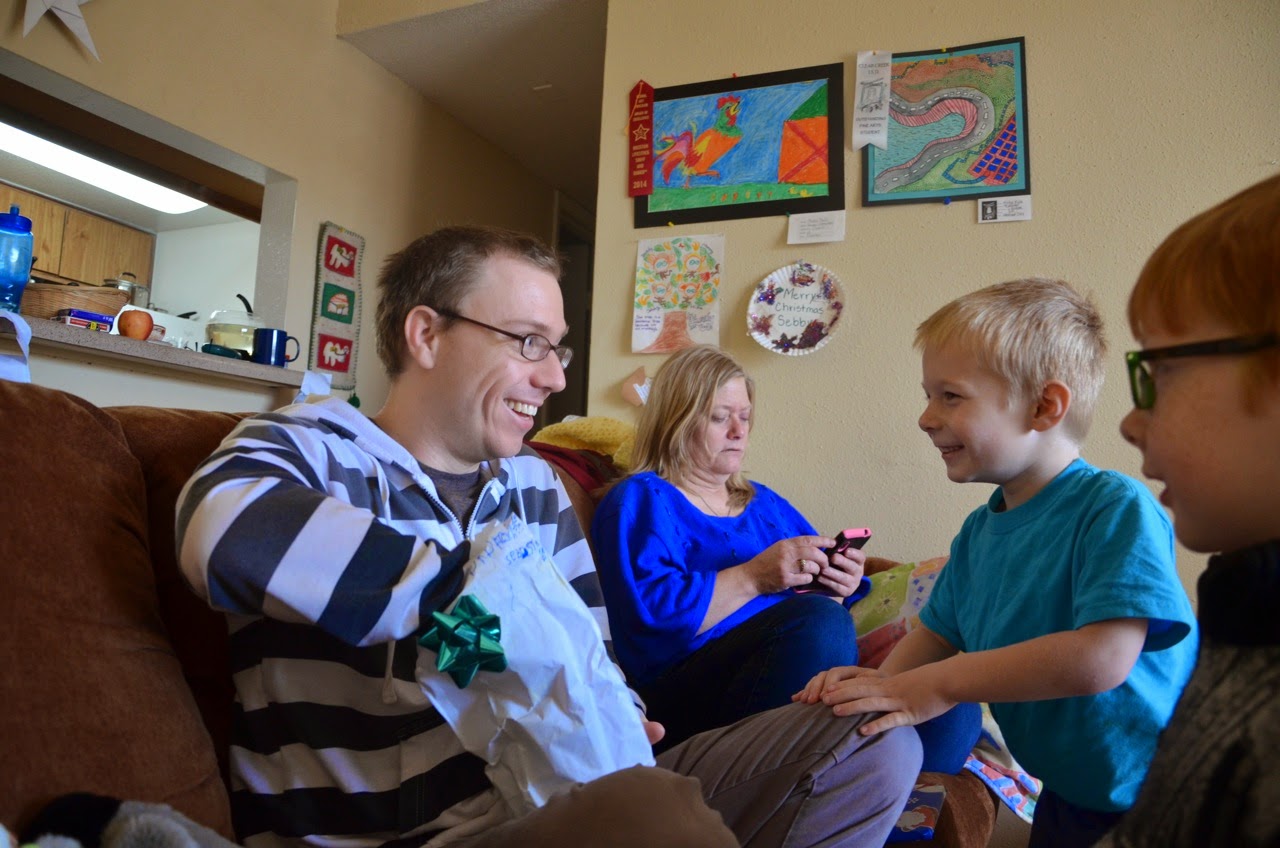 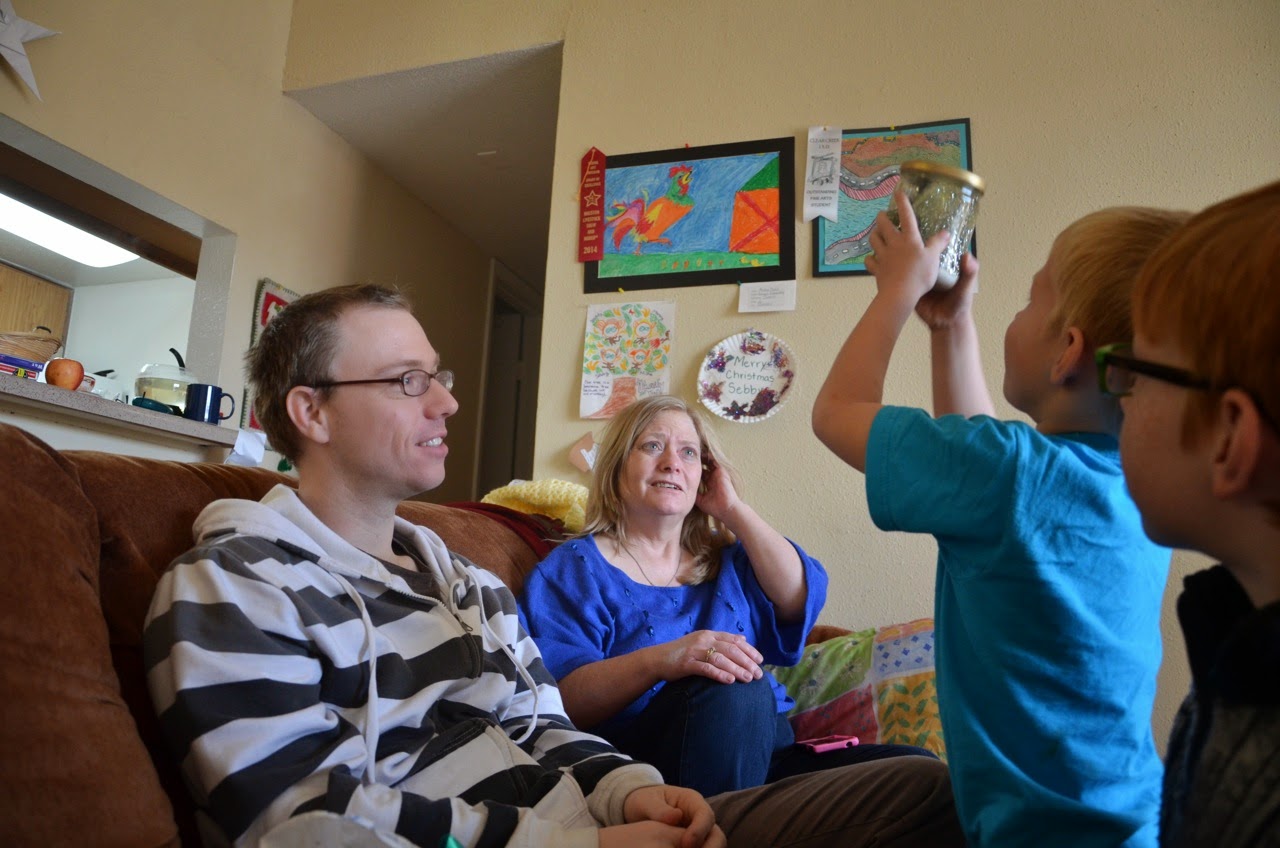 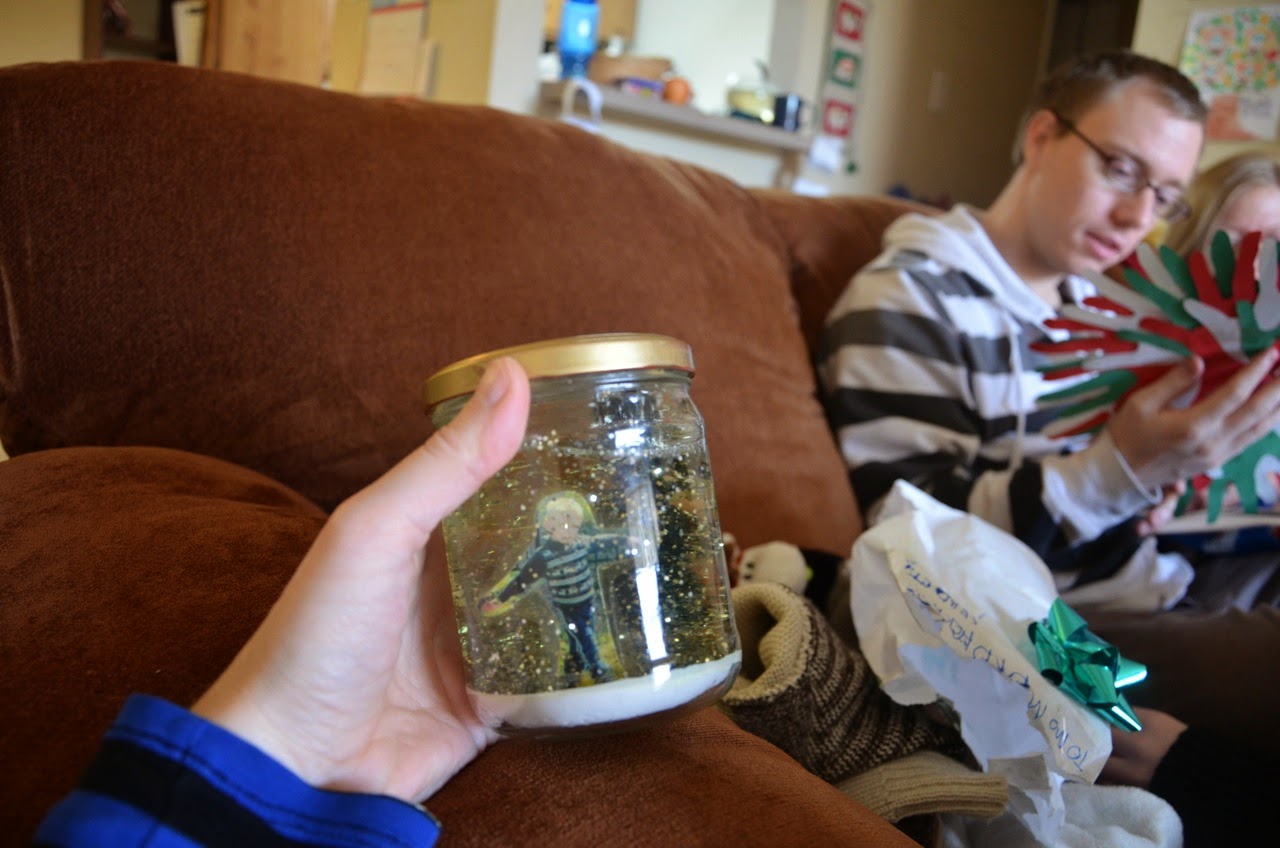 Next, we opened Misha's, a portrait of himself surrounded by cut-outs of his hands which had taken him a considerable amount of time! We loved our kids' presents. The boys were also incredibly excited to see Grandma Kate open the things they had made for her - clay ornaments, statues, and magnets. 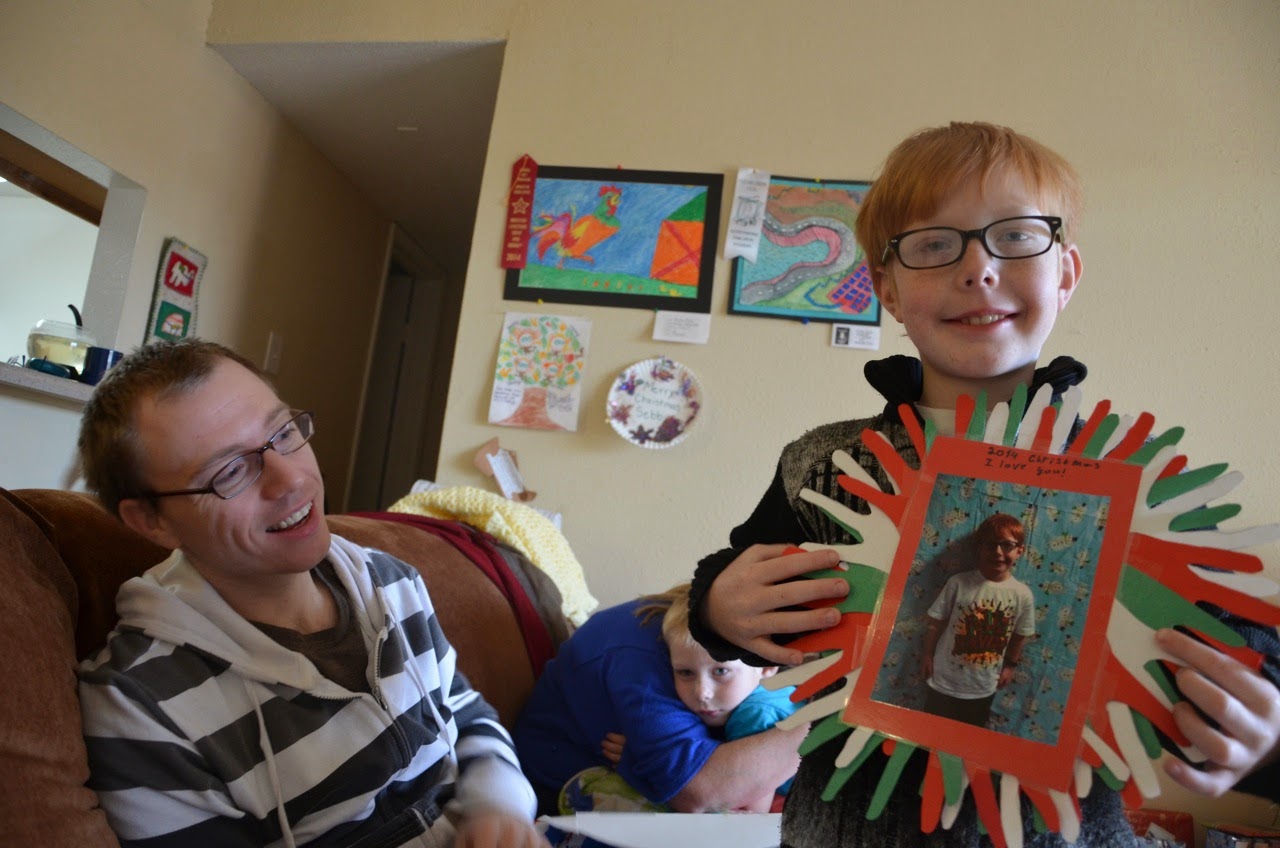 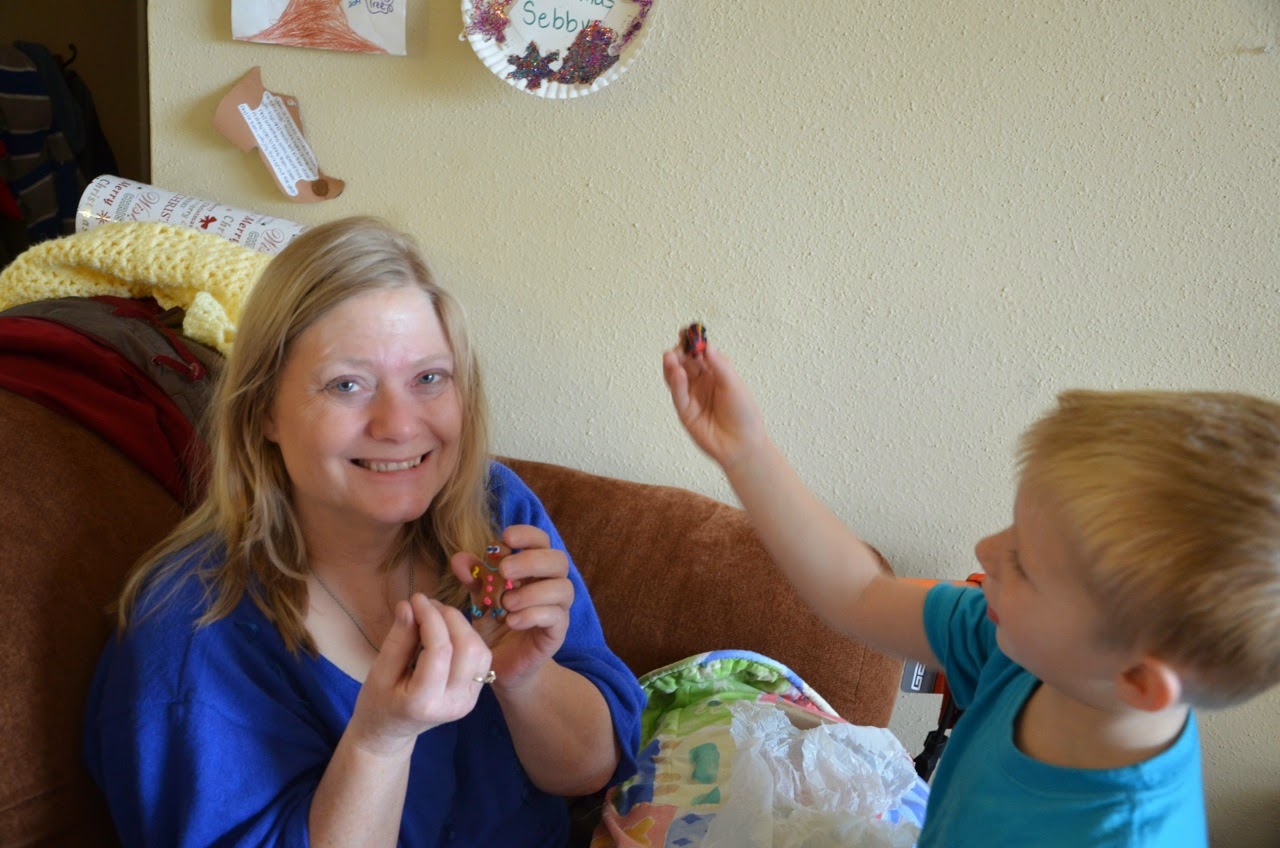 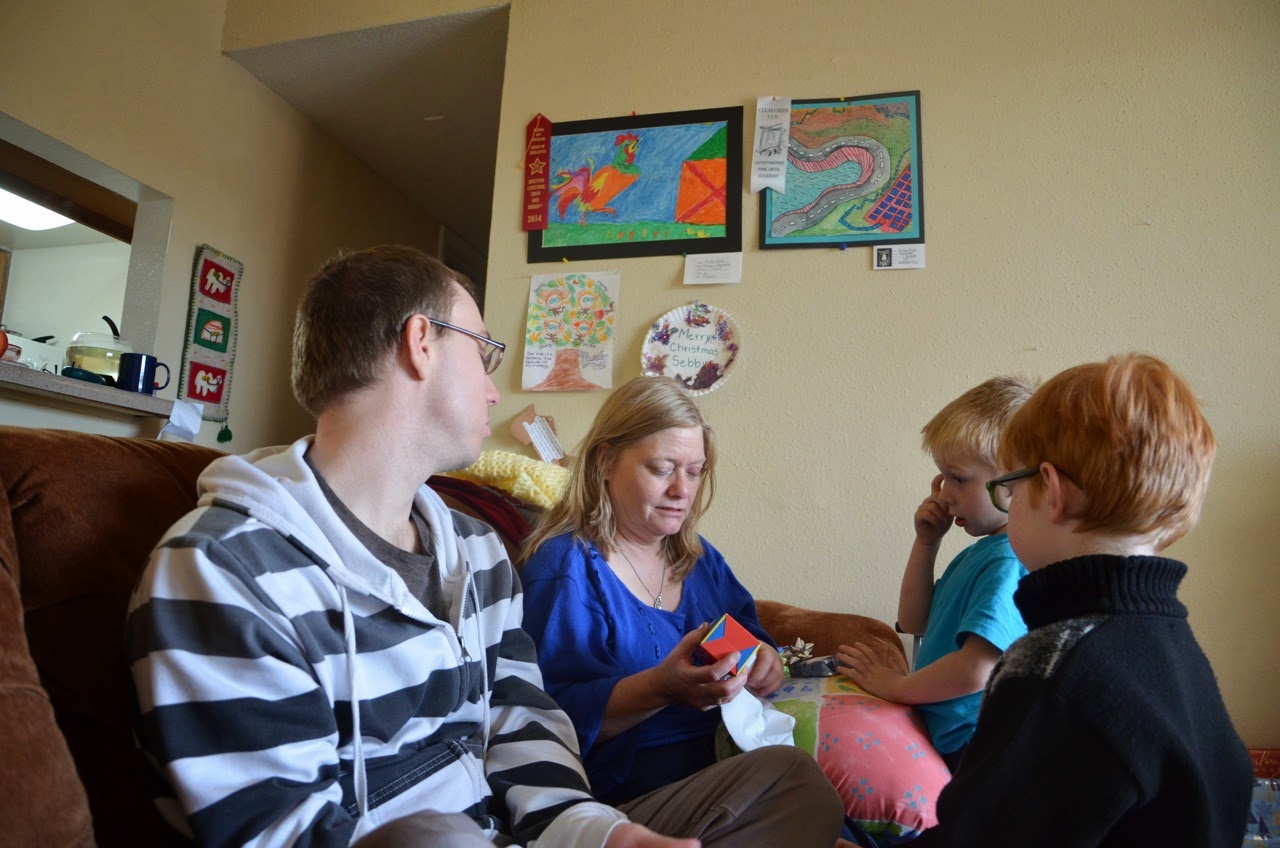 Misha's general curiosity about everything has made him fascinated by the periodic table. Once we explained to him that this table has all the bits and pieces that we know of in the world, he was hooked. A chart of every substance known? What could be cooler! Later, when we mentioned it again, he was quick to exclaim, "Oh, I LOVE the periodic table!" That's not something you'll hear every kid say, so one of our presents to him was a beautiful book featuring a page on each element. He delved right in. 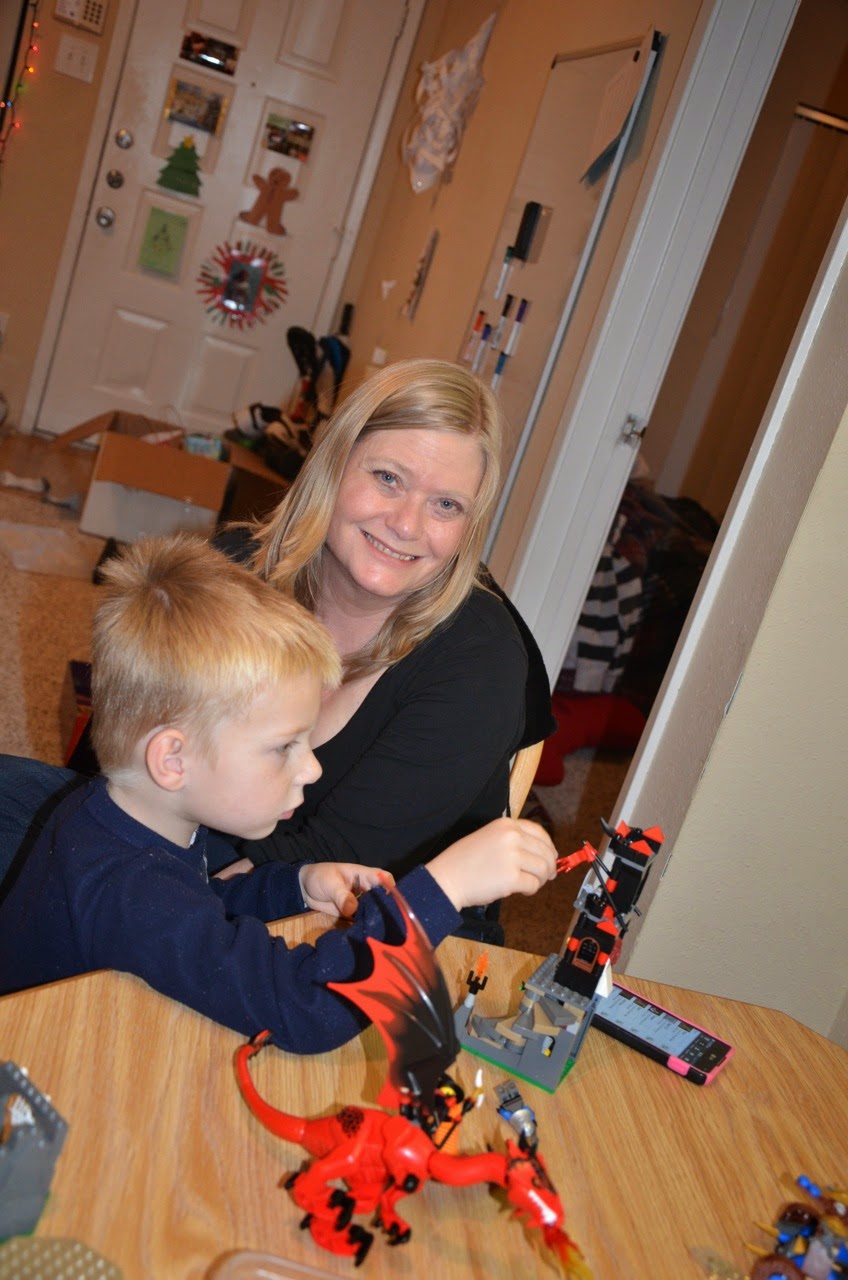 Christmas break was filled with lots of other adventures, including a trip to the Science Museum: 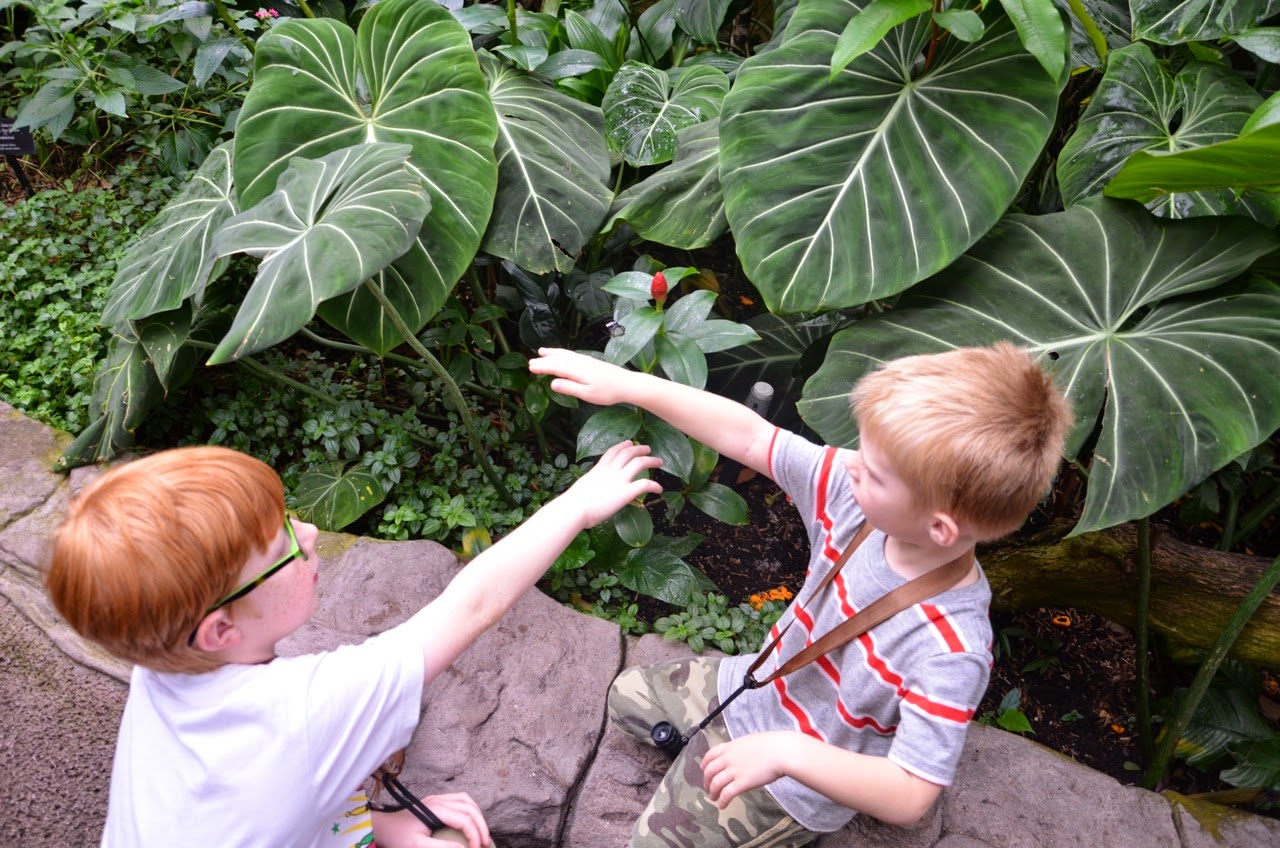 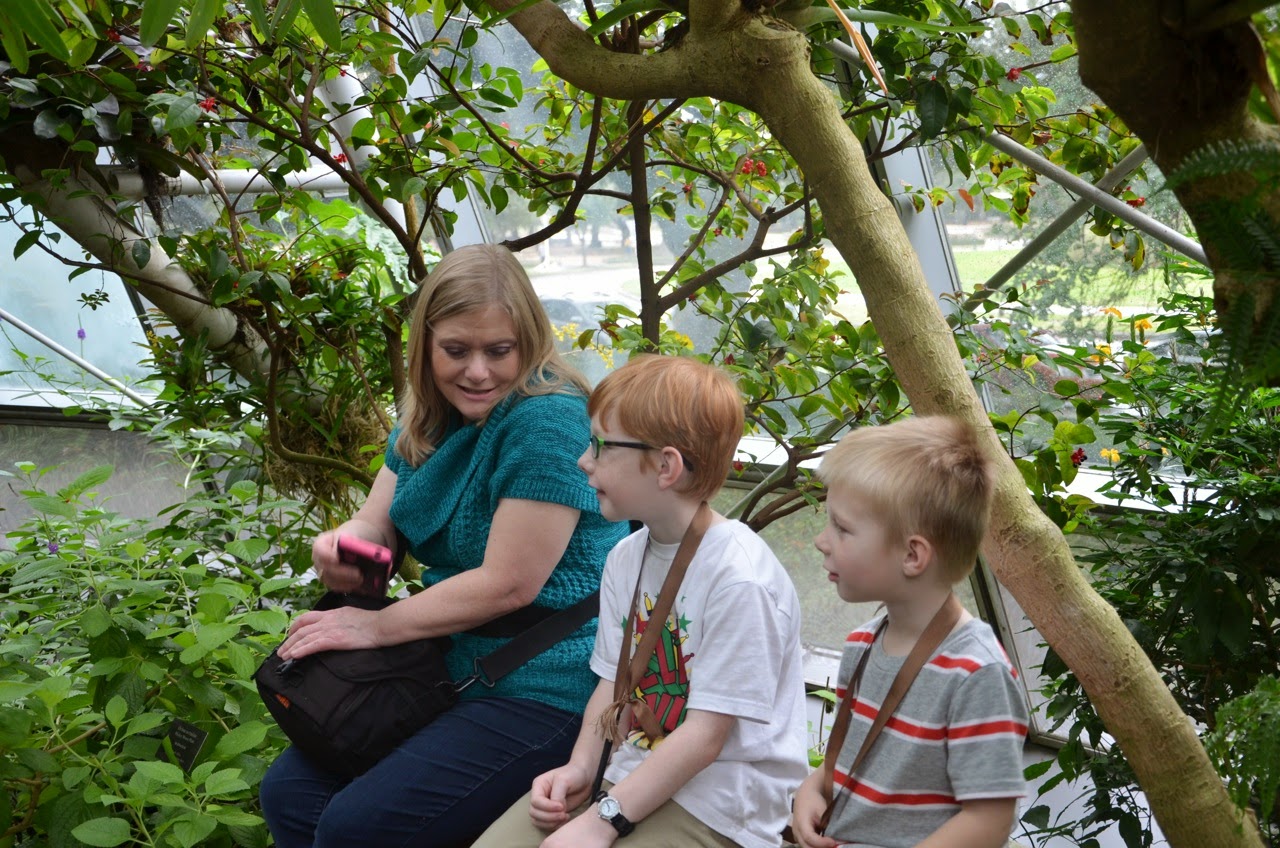 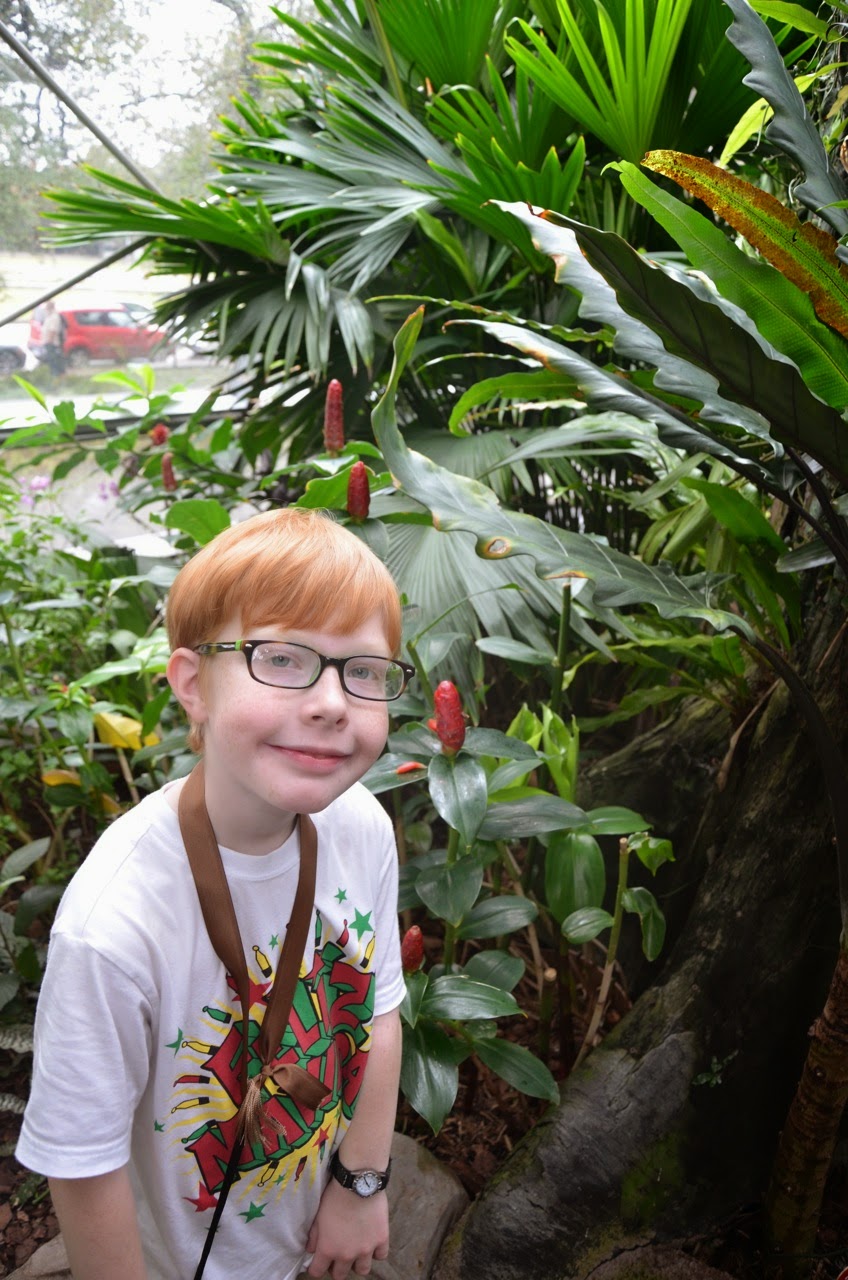 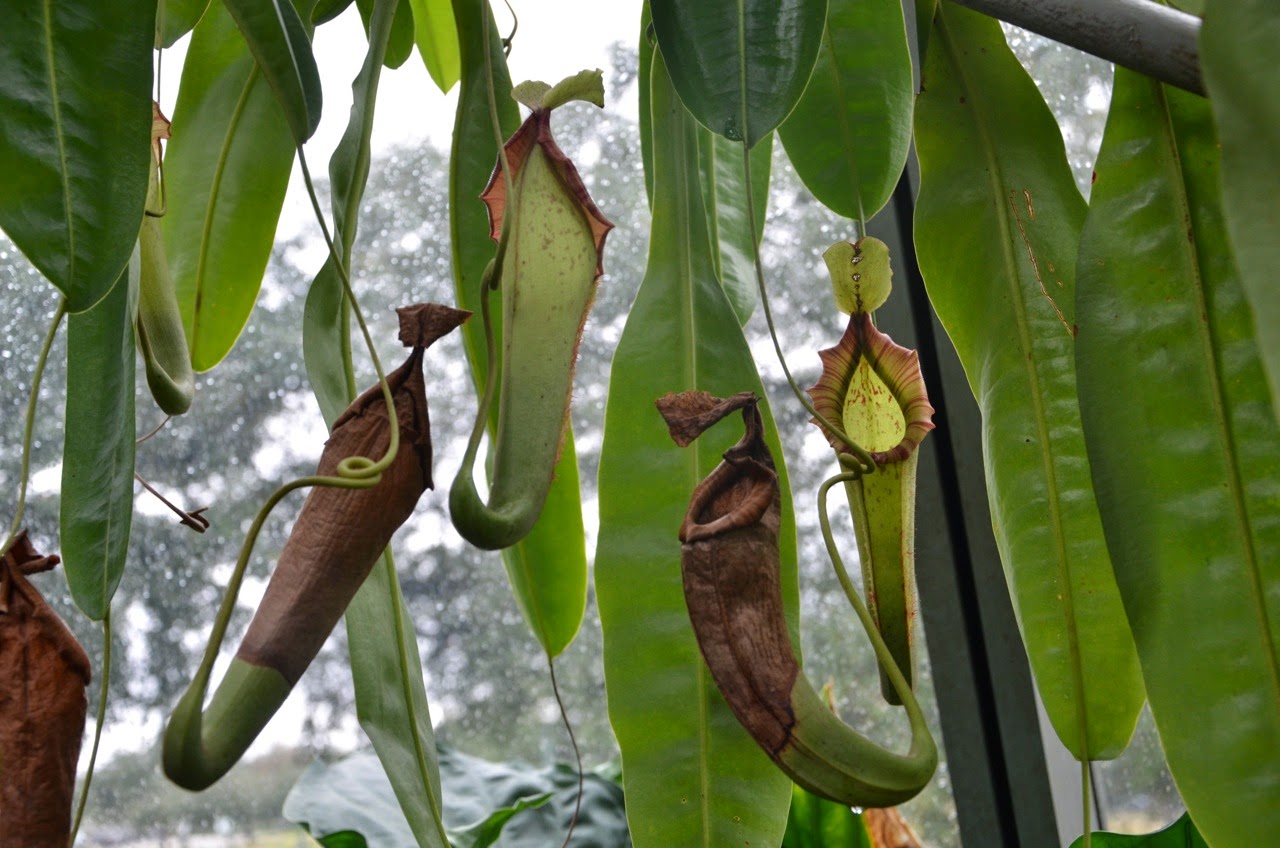 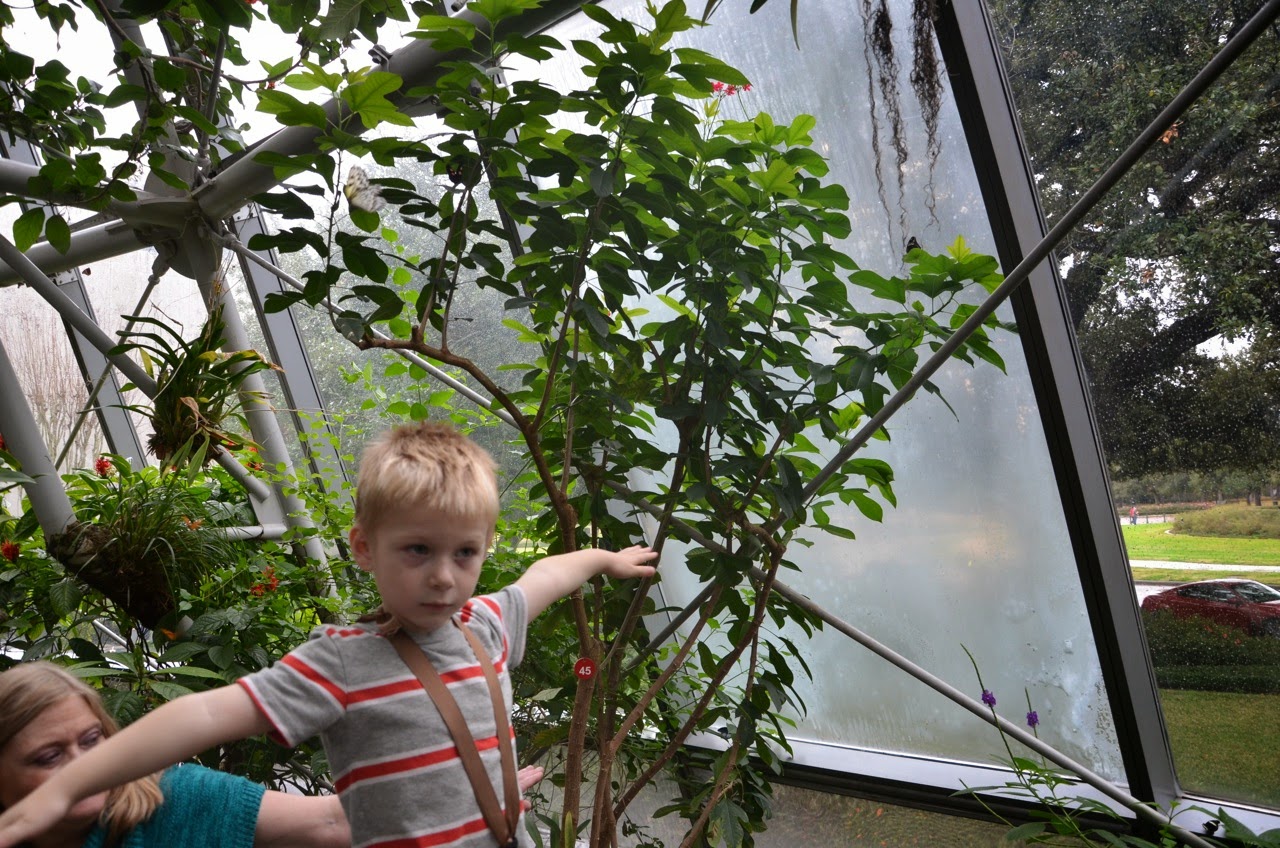 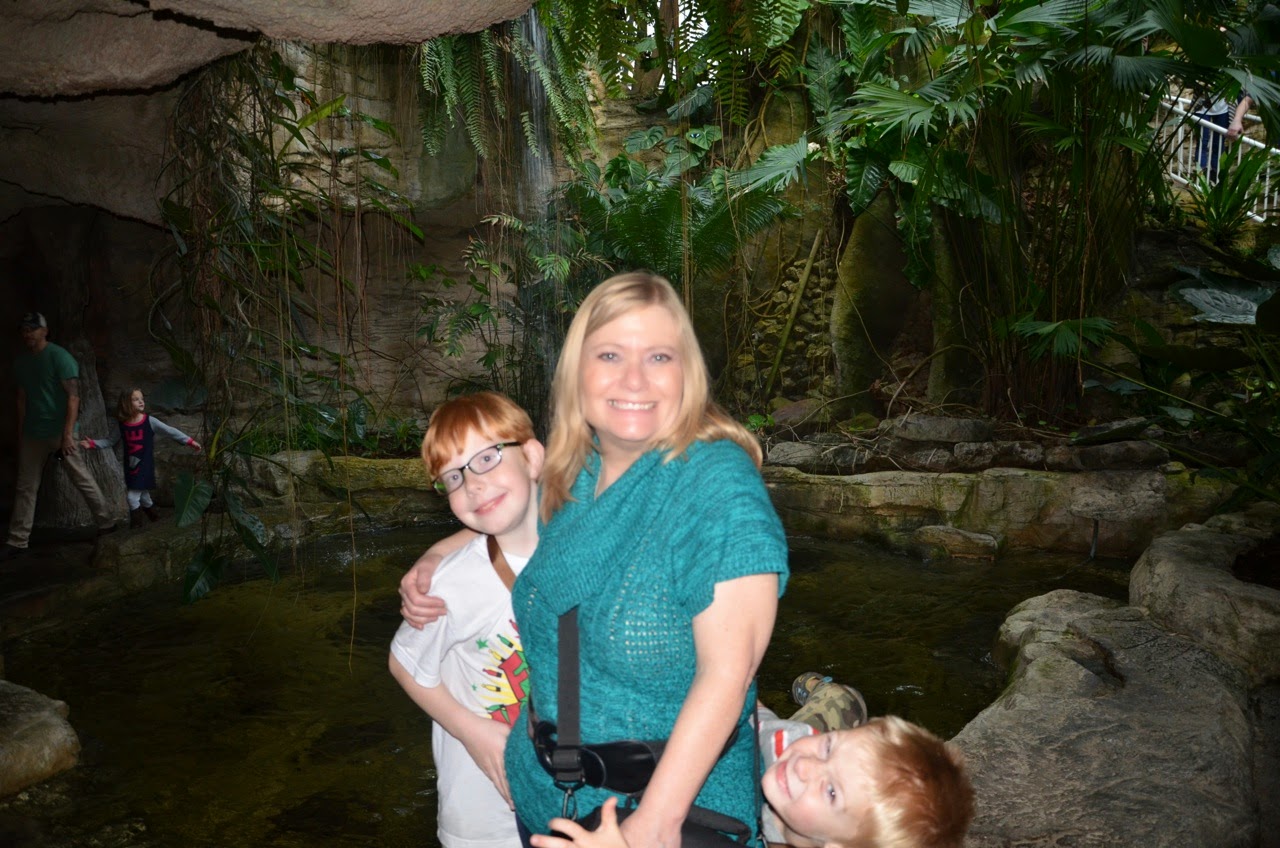 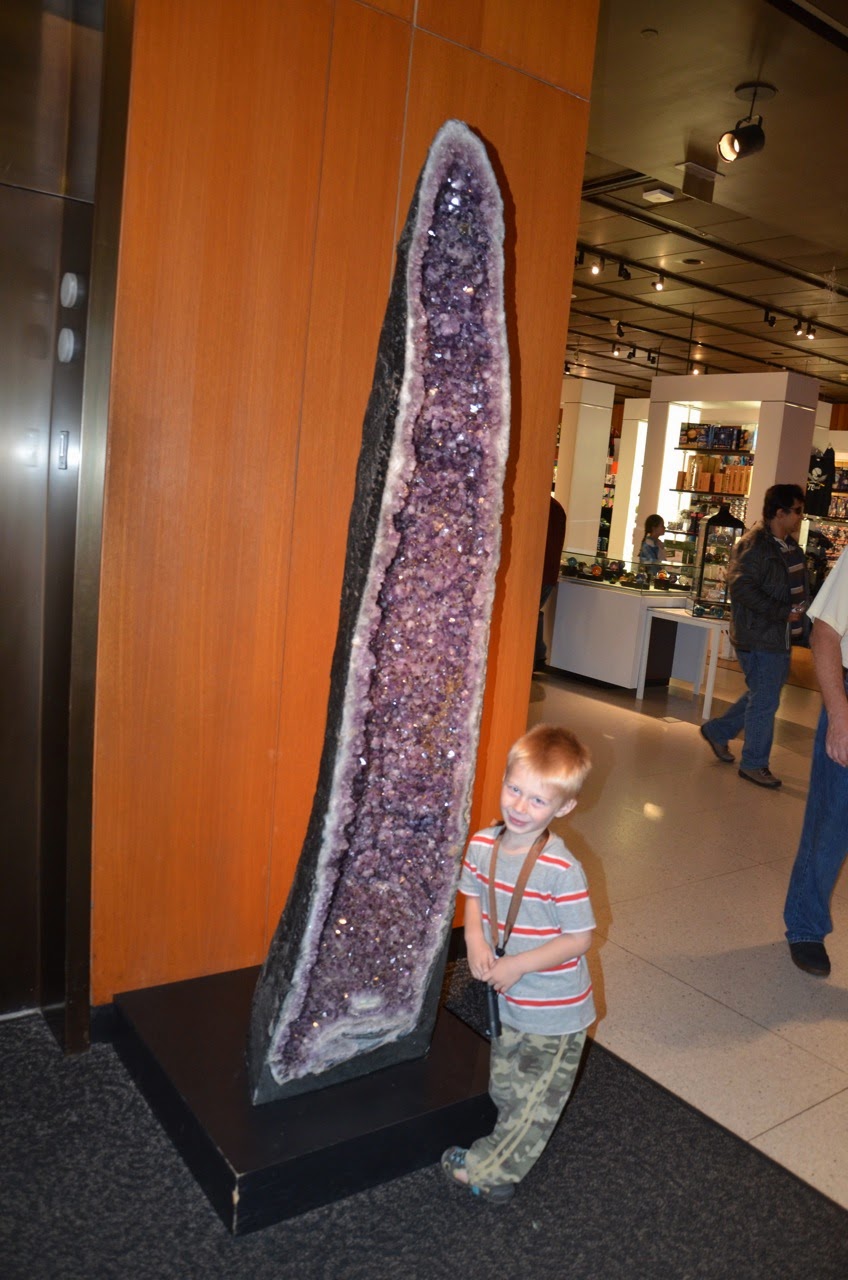 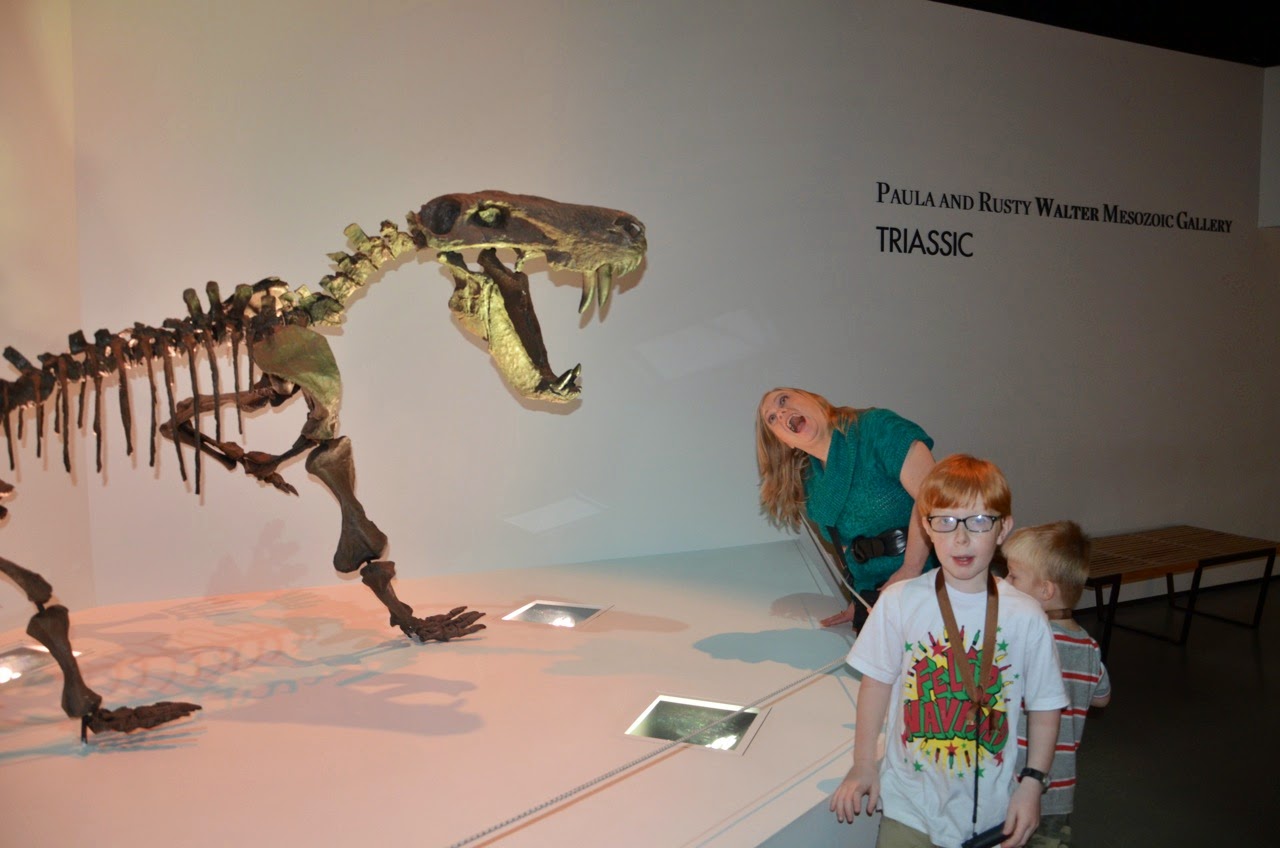 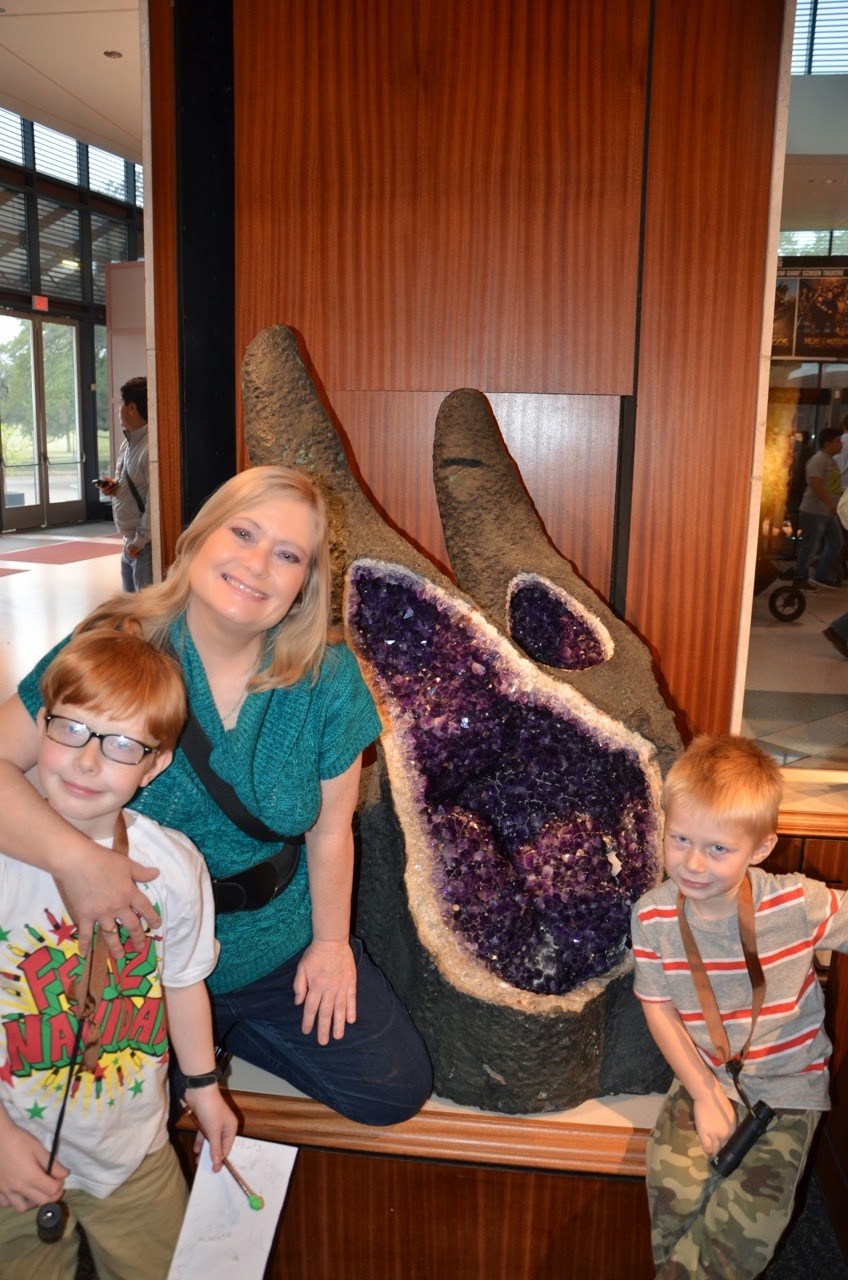 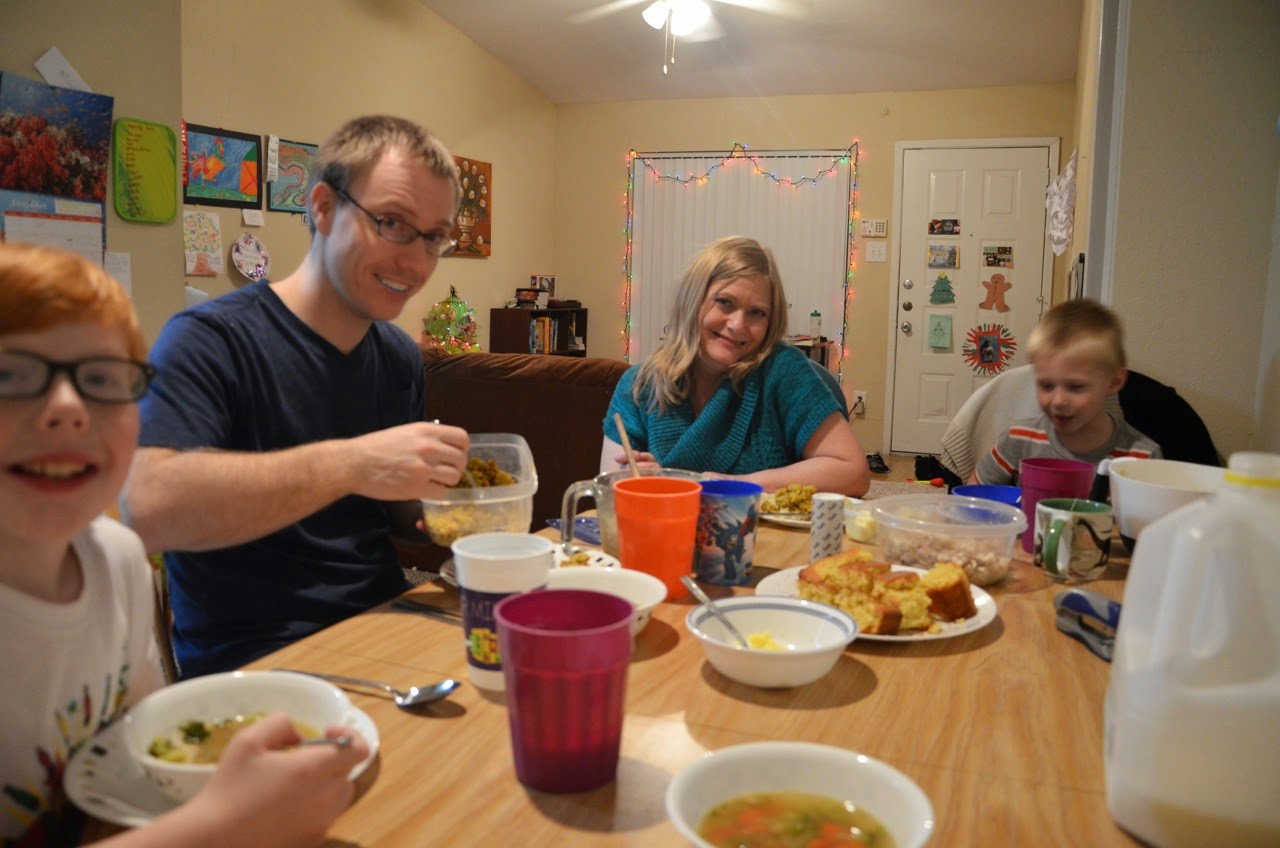 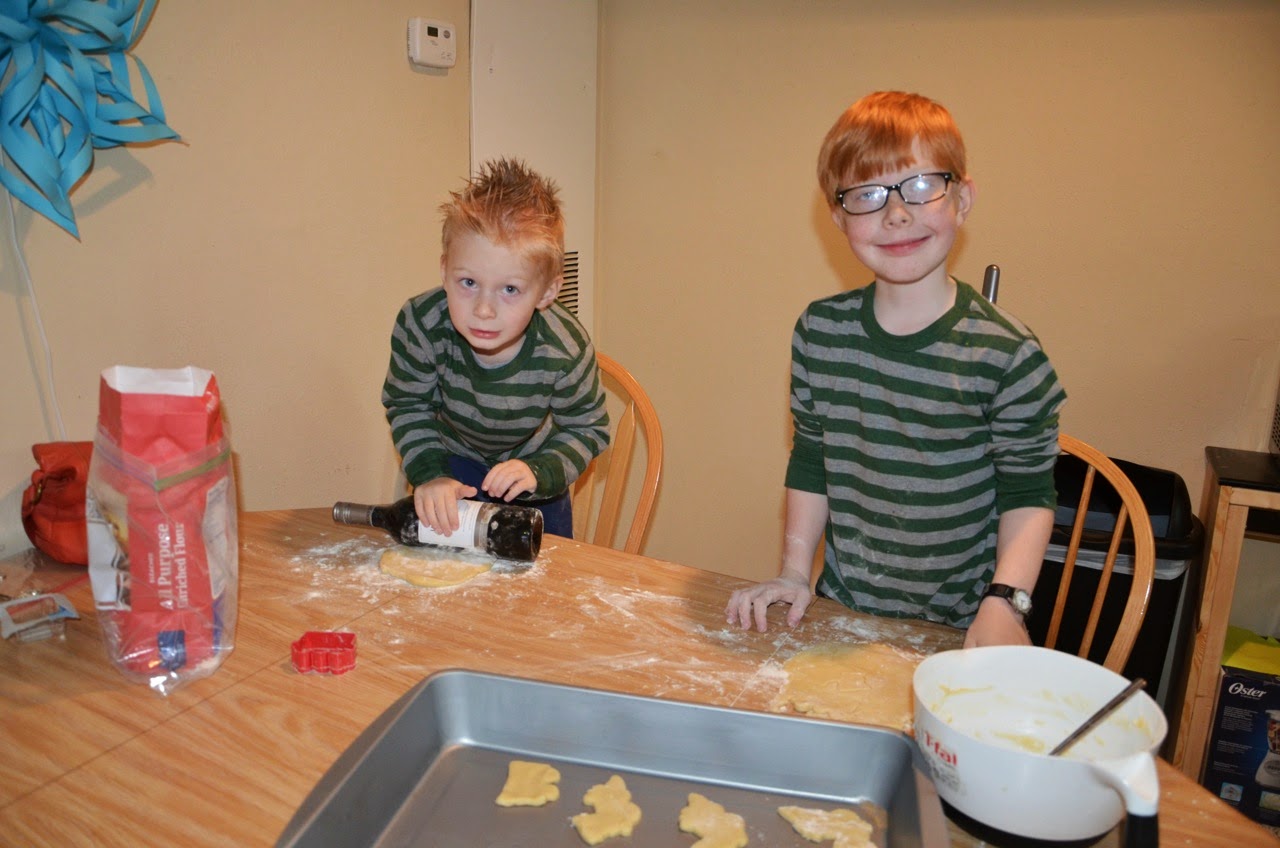 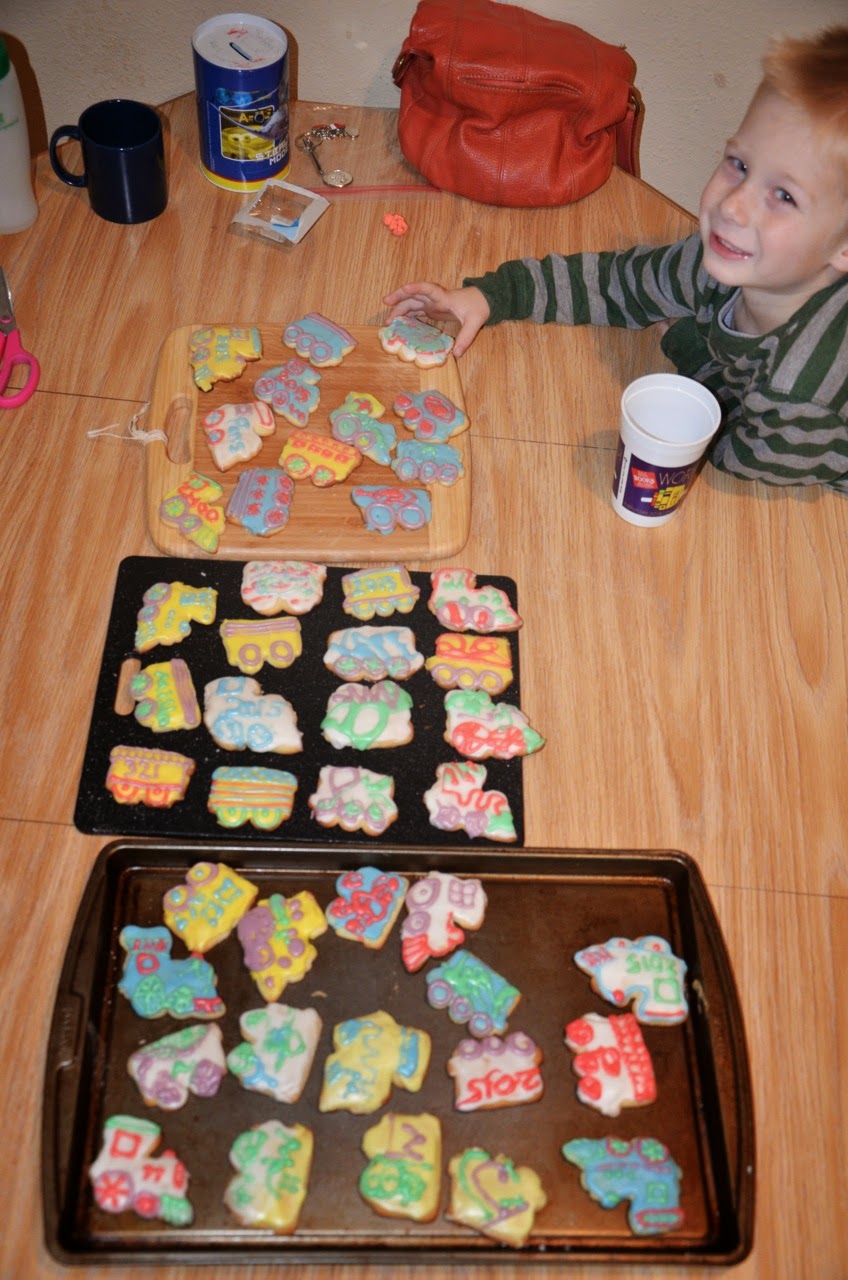 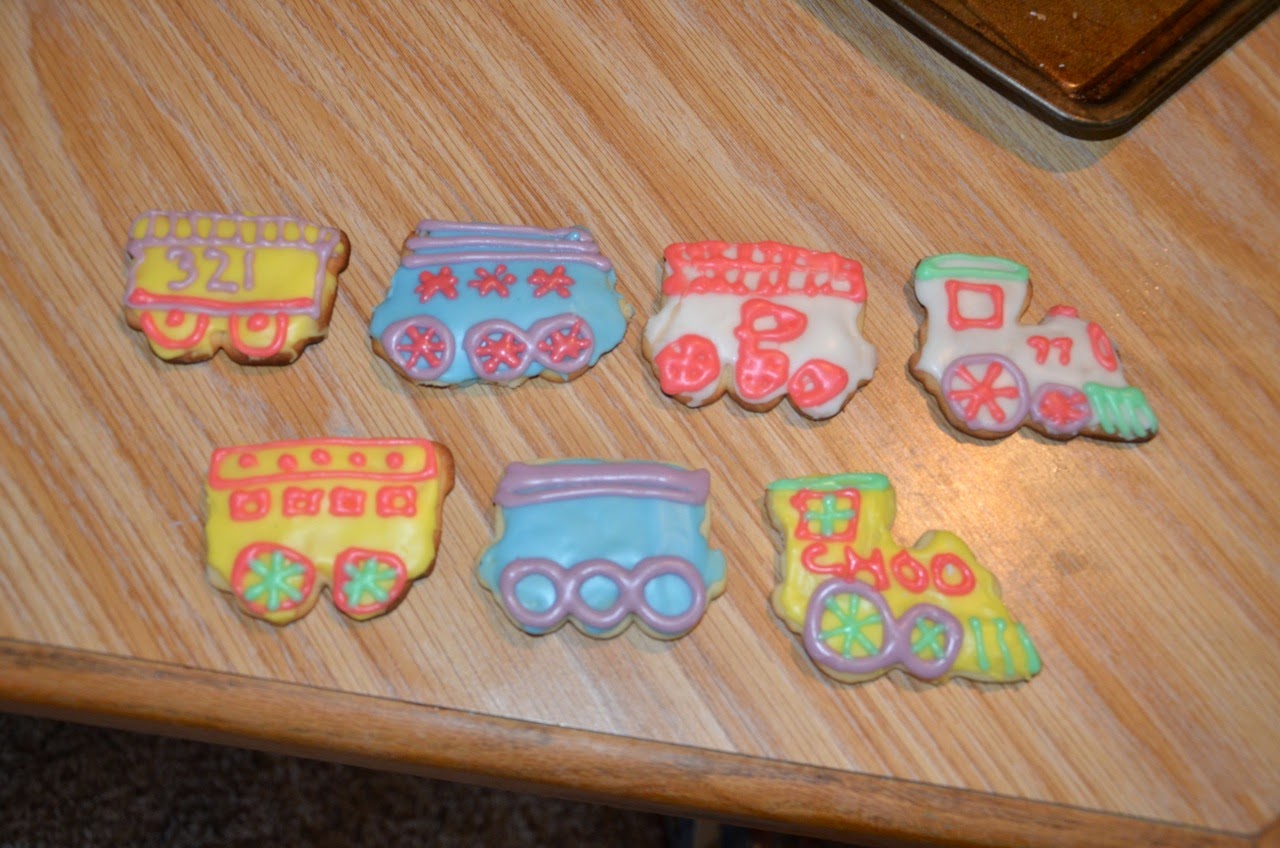 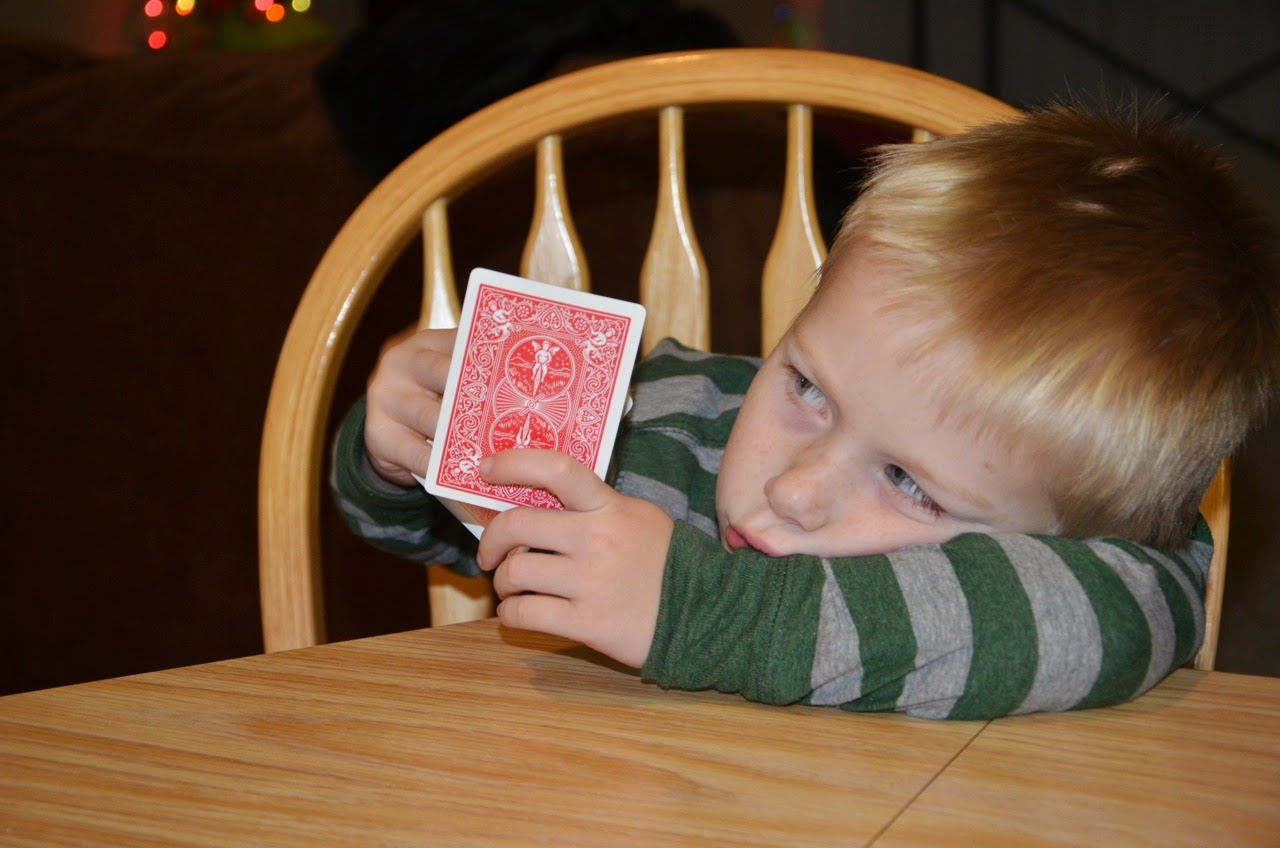