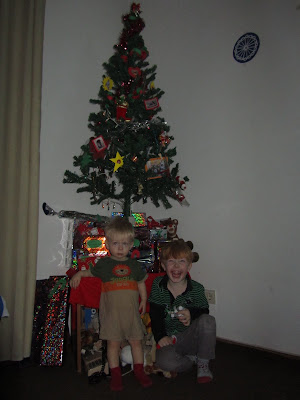 Our Christmas this year was much less extravagant than the previous year's, but it was good nonetheless. To Misha's delight, Santa even made it to Saudi to leave him some presents! A few weeks before Christmas, Misha had commented sadly, "But Santa can't come to Saudi Arabia." I found this so heart-breaking that I said, "But I'm sure Santa knows plenty of American kids and other kids that live here that need presents." 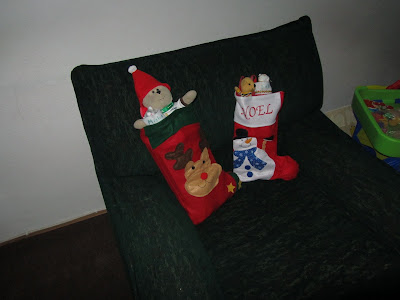 Since we work for a public university, we had no "winter vacation" to speak of. Luckily, the weekend was Dec. 23 and 24, so we celebrated on Christmas Eve. As usual, Misha woke up early and was exploring everything in his stocking by the time I stumbled into the living room. I made a comment about what Santa left him in his stocking, and Misha said, "You mean you didn't put this here?" He then got very excited and started exclaiming how Santa is the best guy in the world! 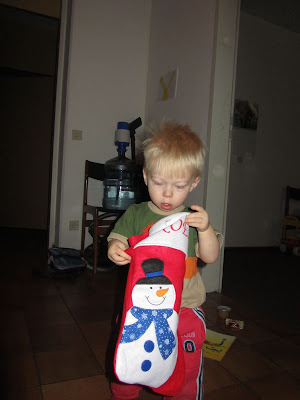 Sebby woke up and wandered out shortly after, and last of all, Daddy woke up to join in the fun. Misha was quick to help Sebby dump out the contents of his stocking. :) 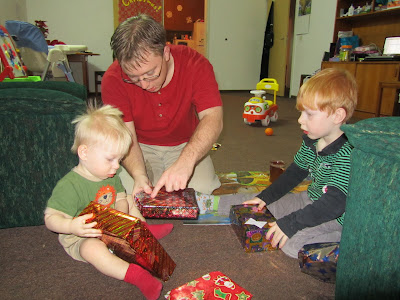 Then the opening began! Last year, we had presents galore under the tree because we had so many people - all the grandparents, Tanya, Aaron, Bud, Ashley, as well as the four of us. This year, as we had little time, pretty much all the presents were either for Misha or Sebby. But even though there wasn't as much to unwrap, there was enough that the kids didn't find anything missing from the experience. Christmas is Christmas. 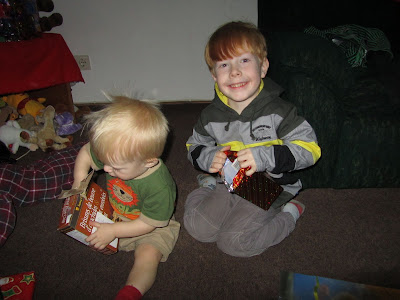 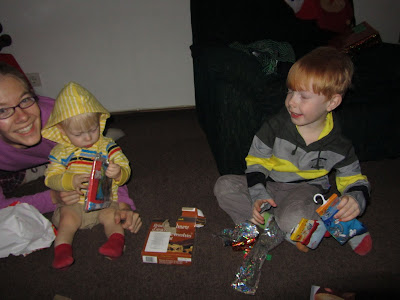 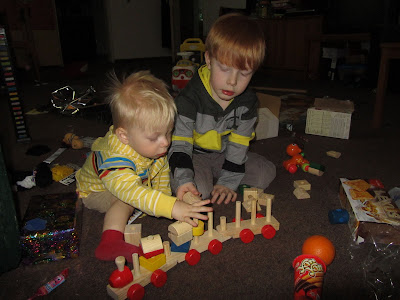 Both in newly unwrapped sweatshirts, the brothers play with Sebby's new block train. 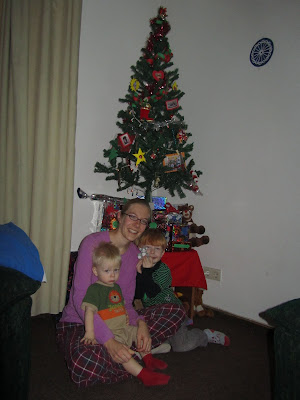 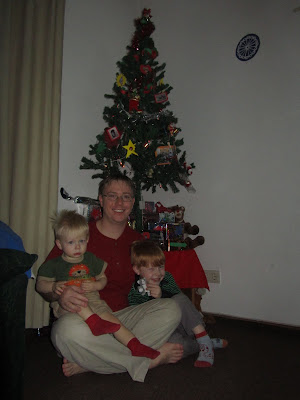 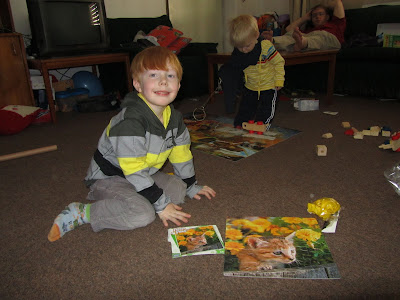 Misha got lots of puzzles and games. This kitty puzzle came all the way from Grandma and Grandpa! 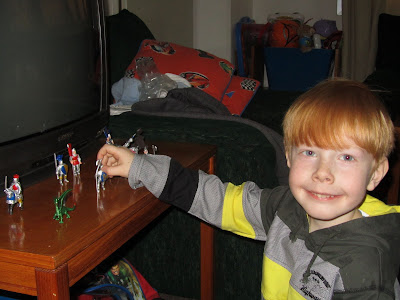 Misha with his little knights. 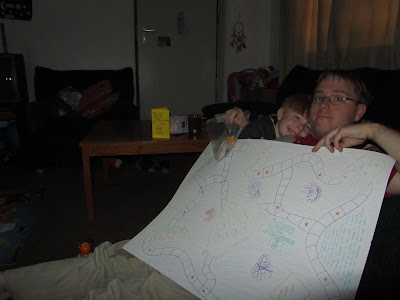 Josh with the pirate game that Misha made him, with a little help from me. 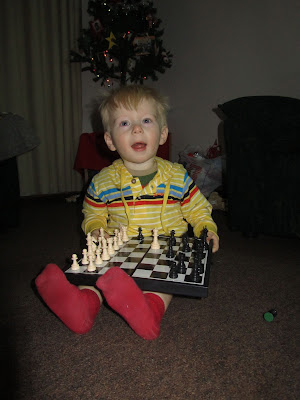 Christmas Day was back to work! Because the university specifically requested that the Western staff be discreet about our Christmas wishes to each other, I found it amusingly ironic when the students themselves came strolling into class exclaiming, "Merry Christmas, teacher!" and asking to see photos of our festivities. 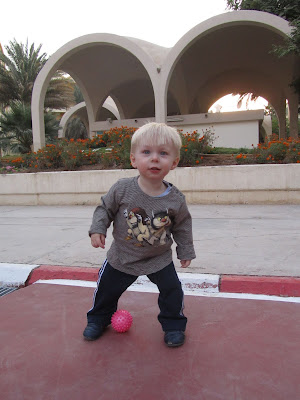 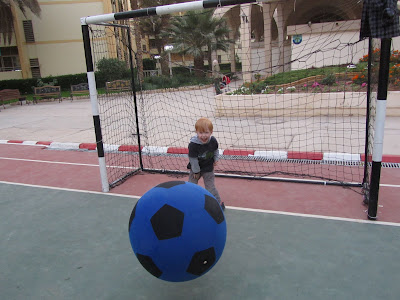 Misha plays with his huge blow-up soccer ball, a present from our wonderfully sweet taxi driver, who always gives Misha gum, candy, apples, oranges, and other things every time he climbs in the car with me to go to school. 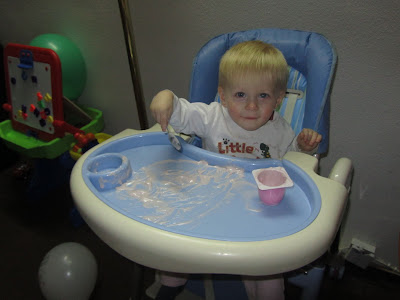 And here, Sebastian's having a blast with his new edible finger-paint (aka yogurt).
Posted by Tammy Kula at 6:04 AM 2 comments: