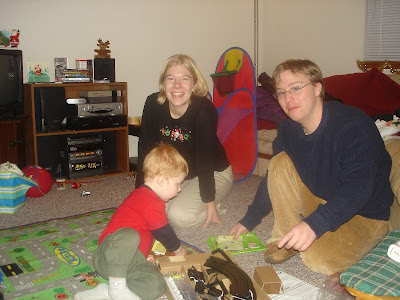 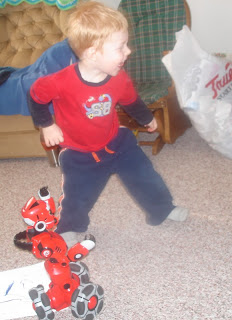 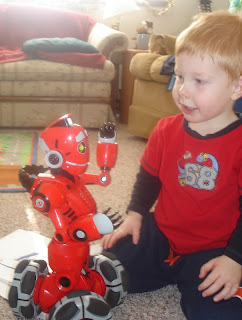 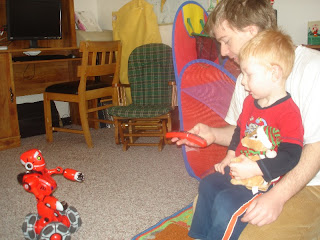 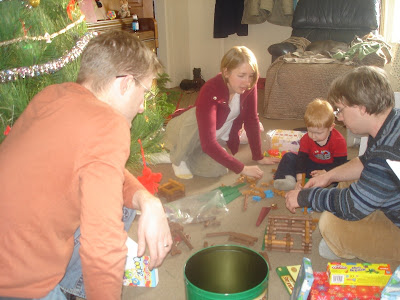 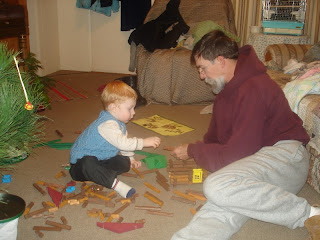 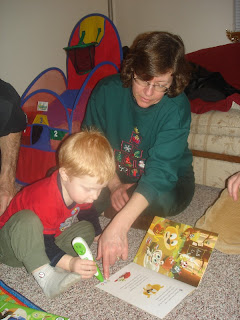 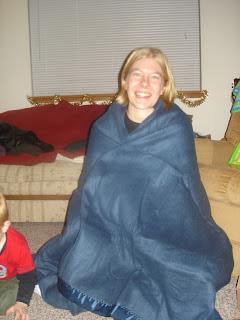 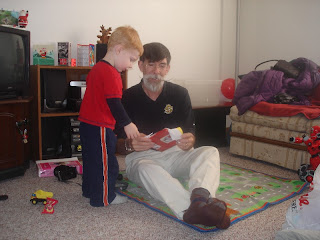 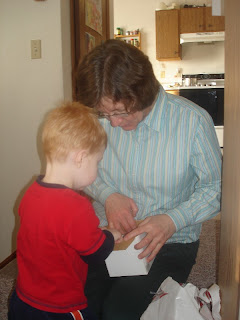 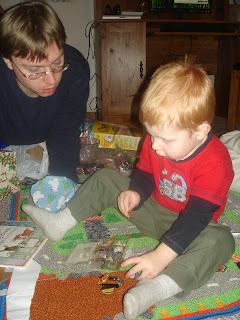 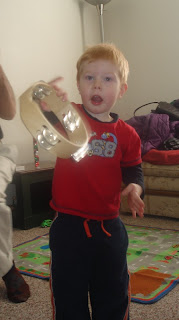 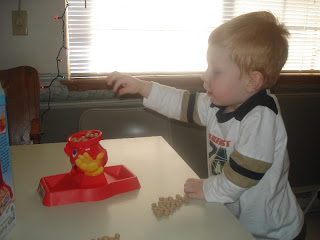 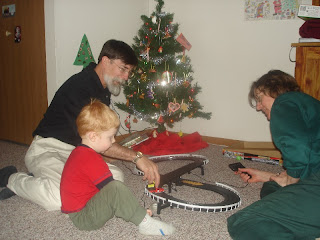 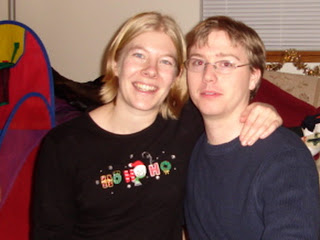 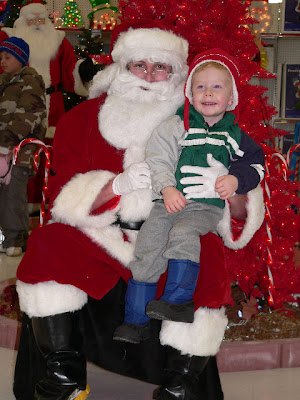 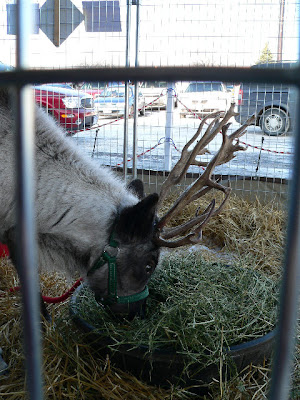 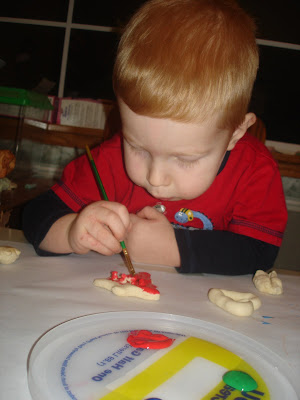 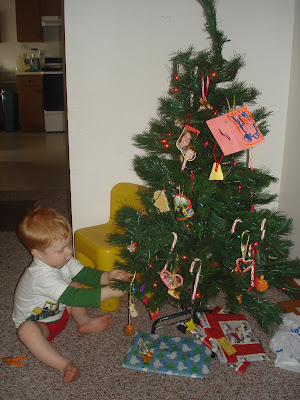 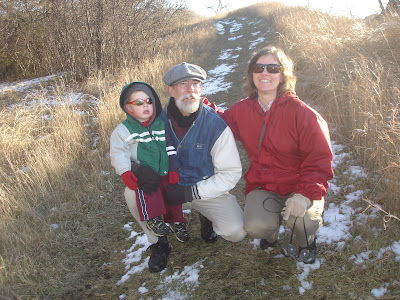 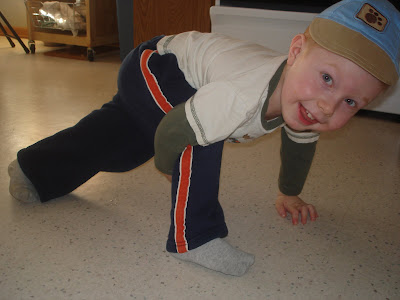 Misha is getting to be such a good singer. He remembers the words quite well, too, with comical mistakes.
Misha’s version of There Was An Old Lady Who Swallowed A Fly: “There was an old lady who swallowed a bug. I don’t know why she swallowed a bug. I guess she got dead.”
And Baa Baa Black Sheep: “Baa baa black sheep, have you any wool? Yes sir, yes sir, three bags full. One for the master, one for the little boy who lives down the street …”

He is now very fond of the songs “Sugar Sugar” and “Dizzy.” Yesterday he played “Sugar Sugar” incessantly and sang along, “Shooga! Oh honey honey! You are my candy girl!” And today he’s stuck on “Dizzy,” and the whole time it plays he spins himself in little circles and sings “dizzy!” whenever the line comes up, and he spins until he falls over, and then he plays it again. He knows exactly how to operate the 3-disc-changer CD player.

This week he has wanted to eat breakfast at Julie’s house (his day care). I asked him, “Why? I have toast and cereal here. Julie has the same thing.” And Misha said, “No, Julie doesn’t have toast and cereal.” “Well, what does she have?” And he looked at me and said with a smile, “Popsicles.” I said, “Noooo, Popsicles aren’t for breakfast!” But he still wanted to eat breakfast at Julie’s. When I dropped him off, I saw that the other kids were eating pop tarts. ;)

He likes to drink milk, and usually I tell him he has to finish a glass of milk first and then he can have juice, because milk makes him big. Today I was drinking water and he was drinking a little cup of juice, and he told me, “Mommy, if you drink up all of your water, I will give you a little of my juice. I’ll pour it in your cup.”
Posted by Tammy Kula at 5:14 PM No comments: 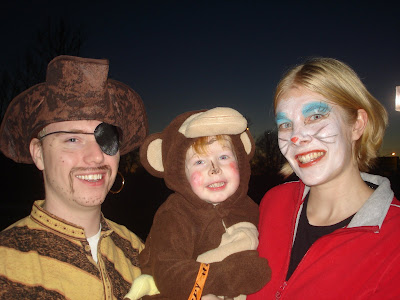 Misha had a blast trick or treating this year, running from house to house and refusing any help to carry his ever-sagging pumpkin of candy. An hour later, however, he was asking to be carried and wanting to go back to grandma and grandpa's house. :)
Posted by Tammy Kula at 1:39 PM No comments:

Welcome to our Blog!

If you want to keep up with what Josh, Tammy, and Misha are doing, check back here often for stories and pictures!
Posted by Tammy Kula at 1:27 PM No comments: