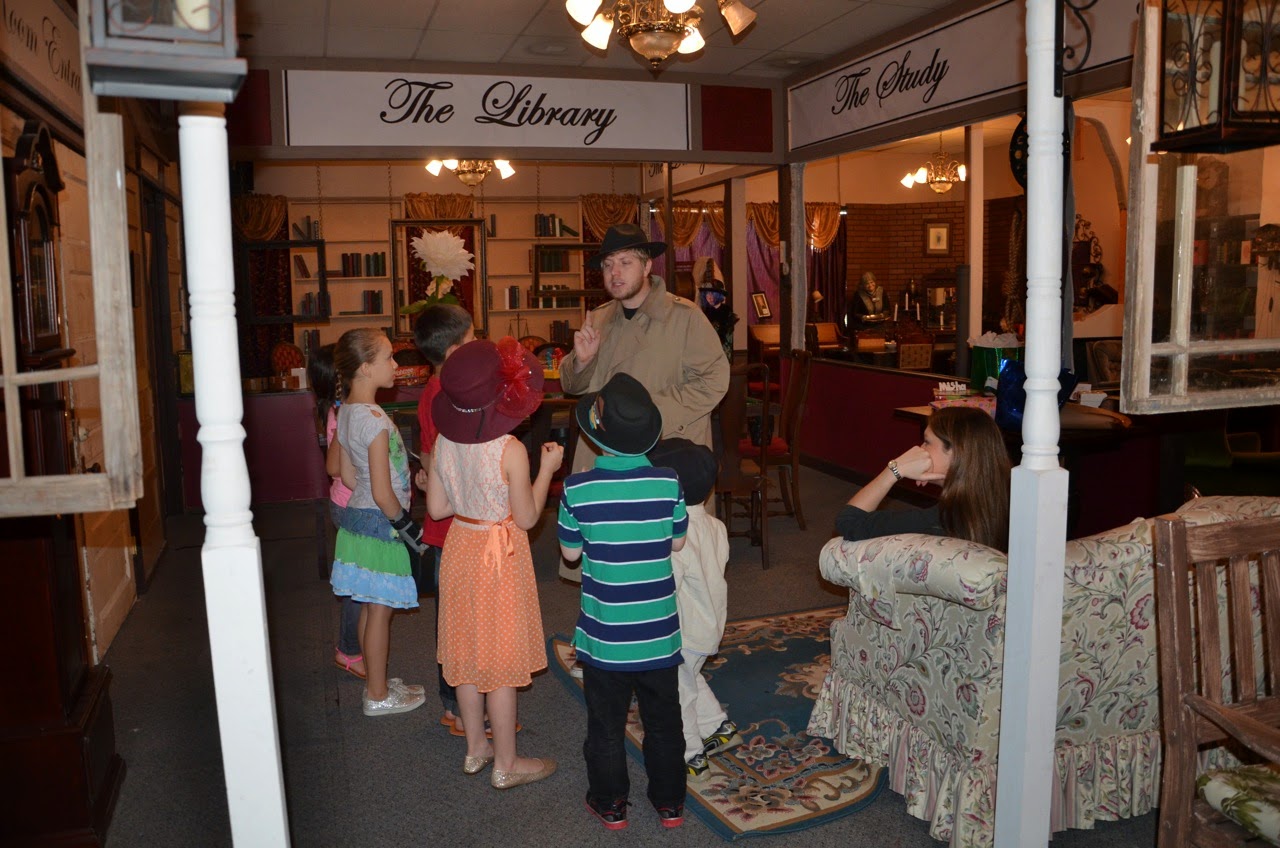 Misha had a great 9th birthday party. Of course, with Bud and Ashley around, how could it not be? With Bud as the comical French detective giving the kids lessons on how to be "super sleuthenators" and Ashley as the mastermind behind the clever party games, and held in the fabulous atmosphere of Murder By Chocolate, all the kids had a great time - especially Misha. First up, choosing a hat to serve as their disguises. Second up, photographing and fingerprinting for their badges that they hoped to earn through their training. 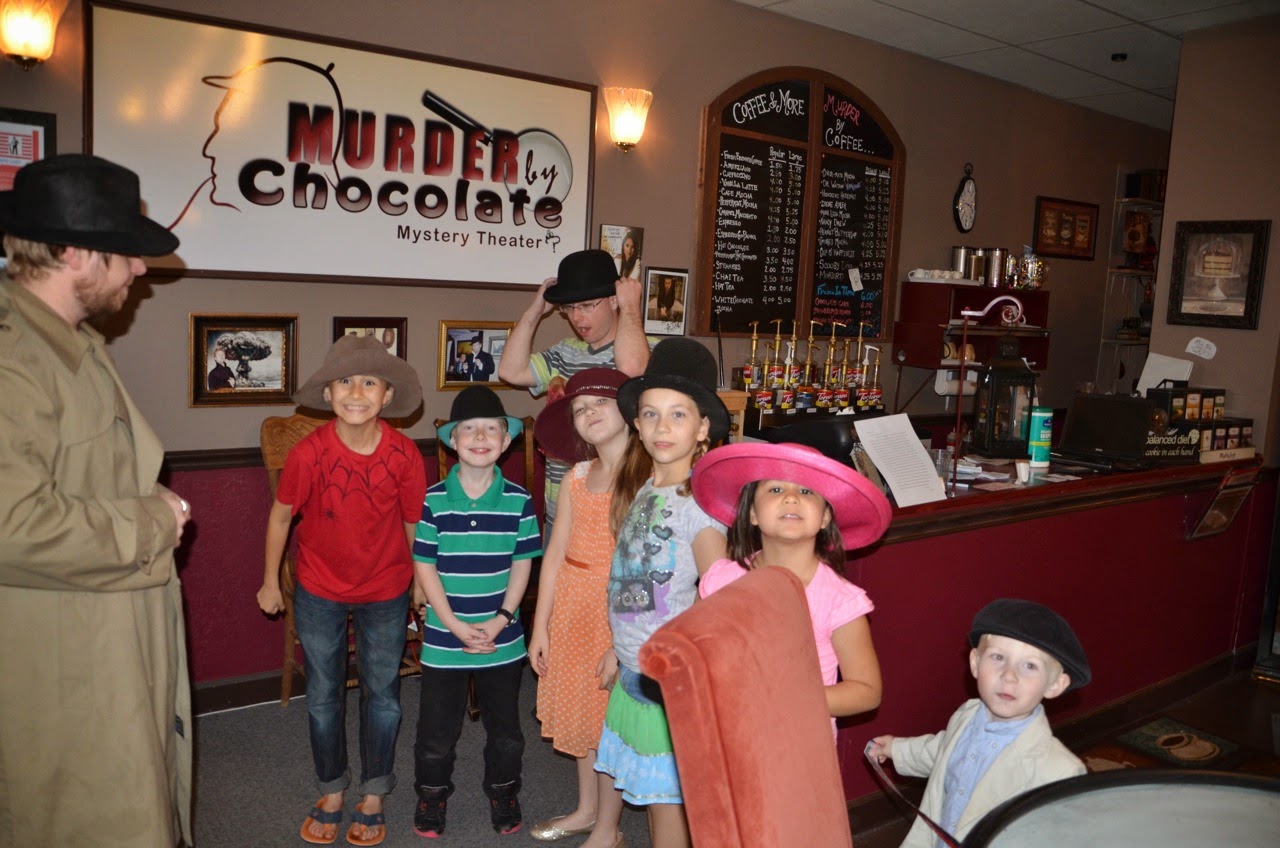 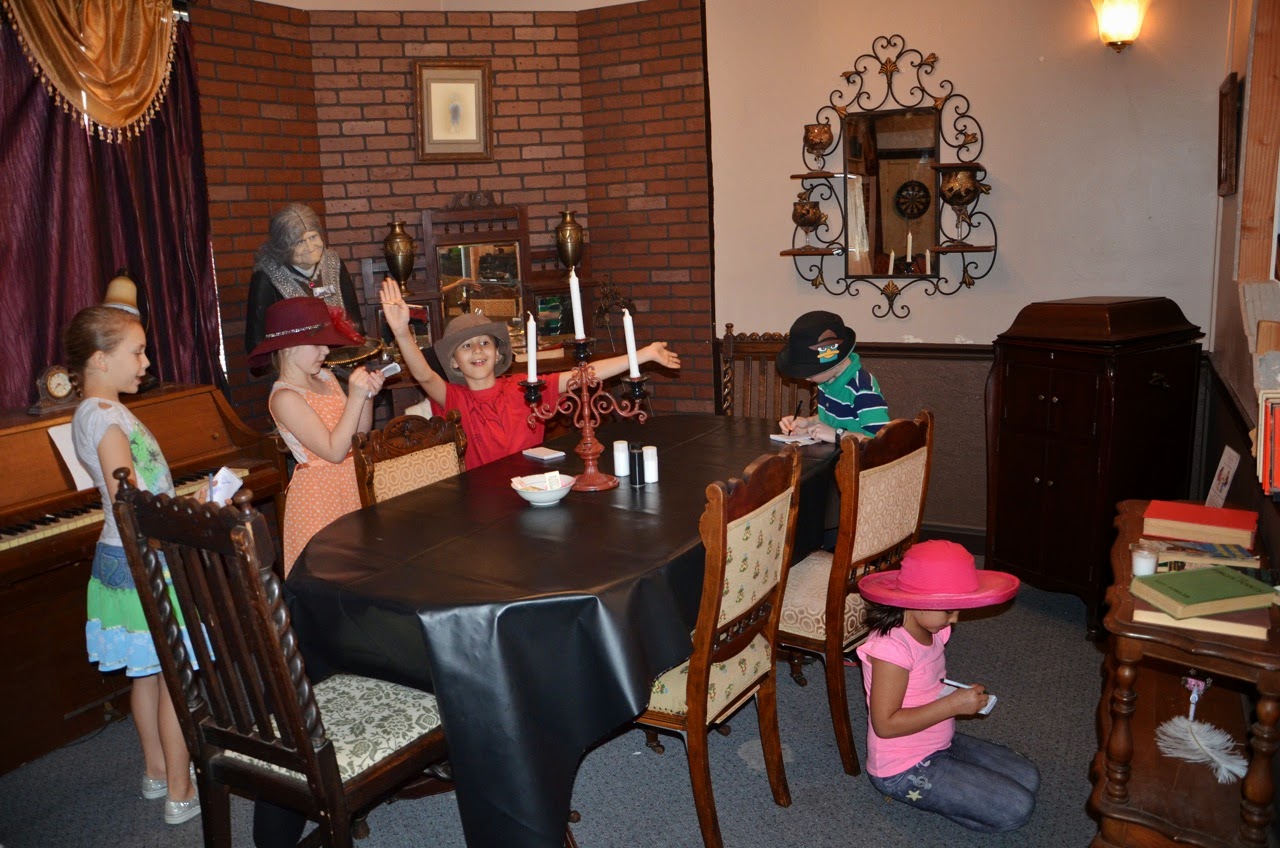 Next up, let the training begin: exercises in observation (a minute to observe, then they left the area while Bud changed a few details before they return to spot the differences), 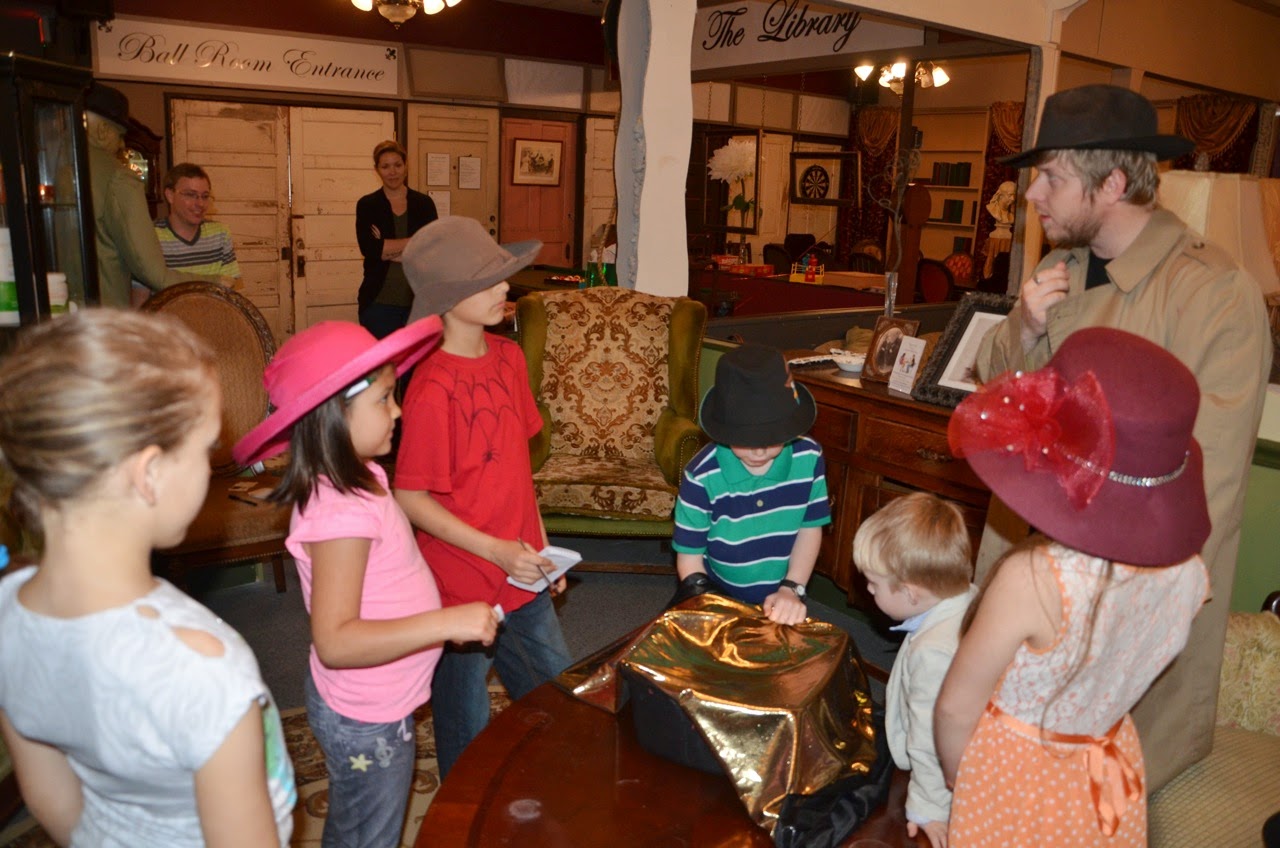 then drawing conclusions with only the sense of touch to guide them (the cherry tomatoes got squished a few times). 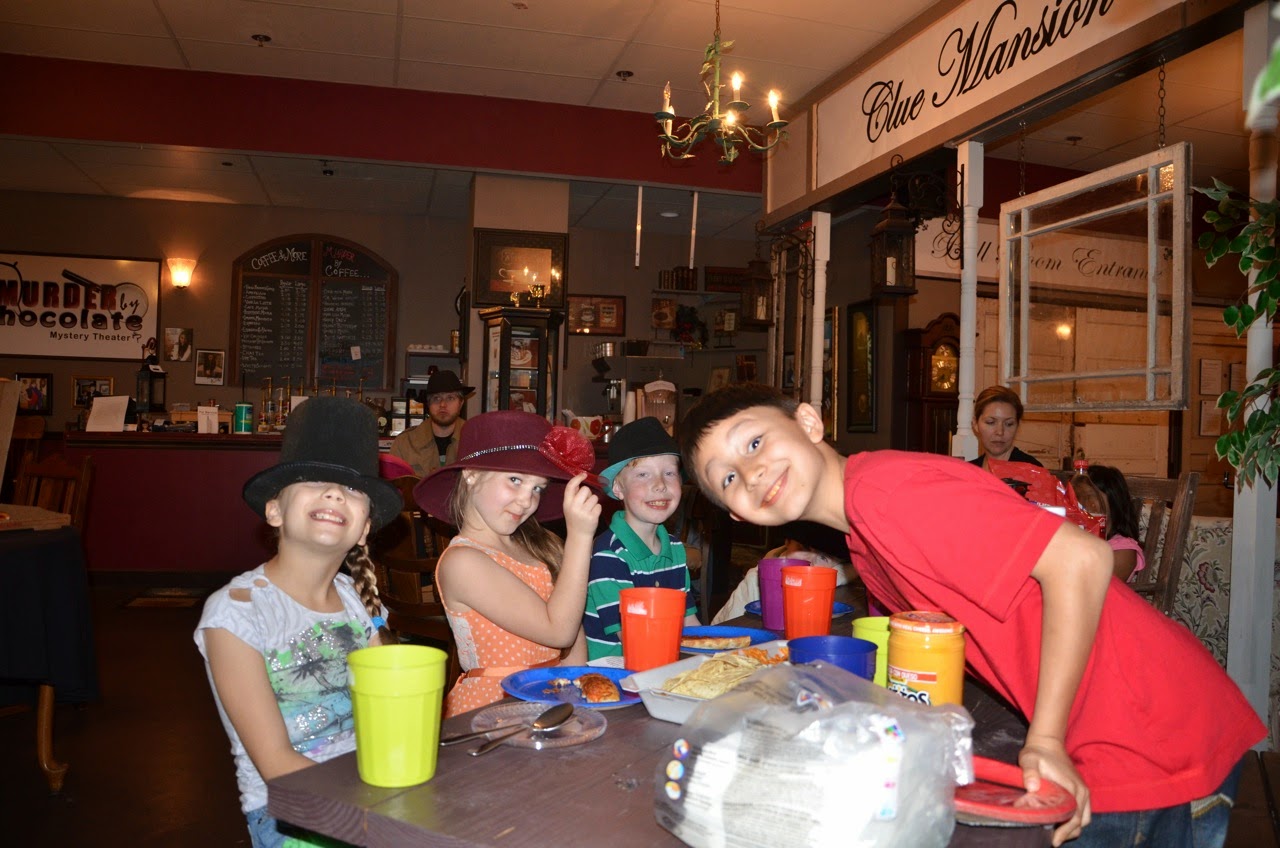 After a break for pizza, they attempted their final test: maneuvering through Mission-Impossible-style "lasers" (a.k.a. red streamers).


Happily, everyone received their badges (complete with their photos), but the celebration was short-lived when they discovered that the cake was ... MISSING! Not to worry, there were six trained detectives in the room. They started with a mysterious clue, which led them around to various places as they solved my codes and riddles (Misha was thrilled to be able to decode the Russian clue), until ... 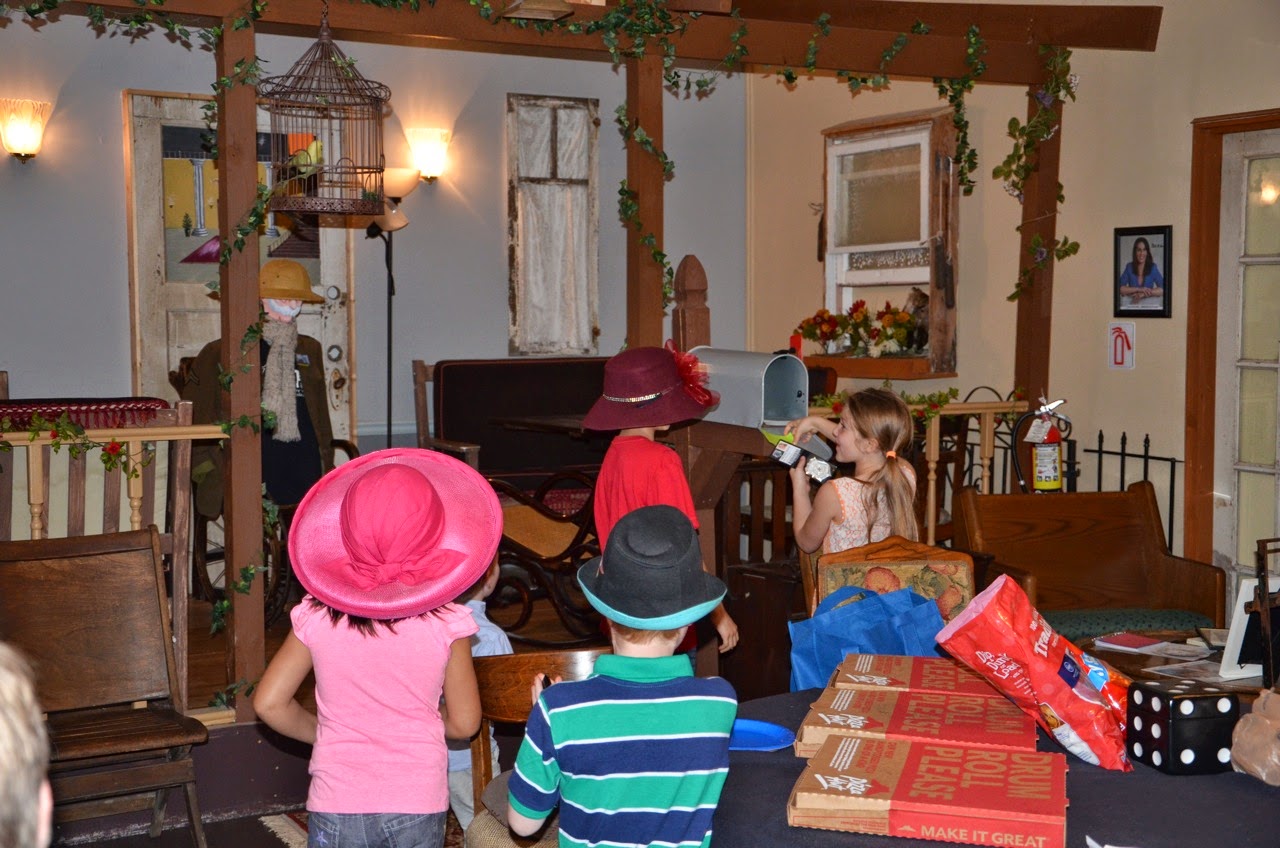 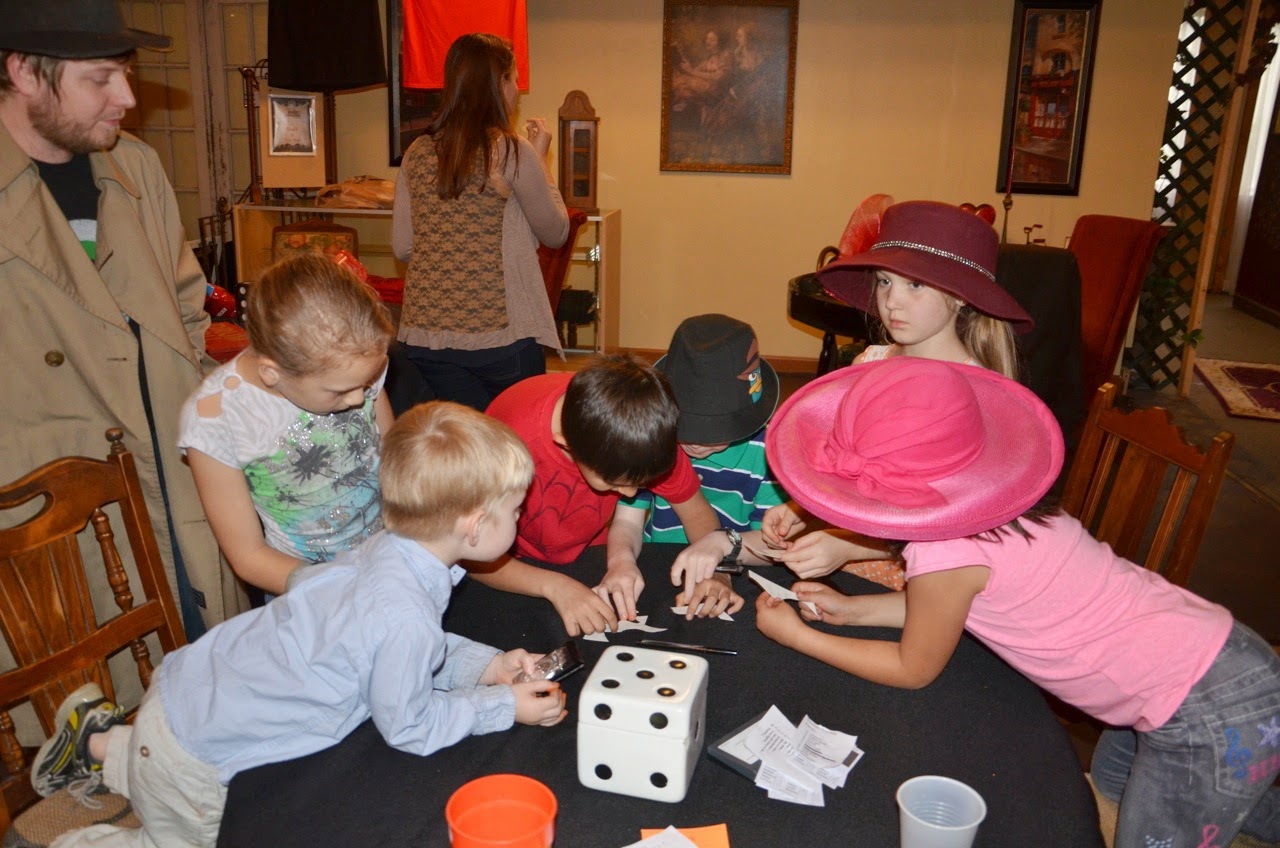 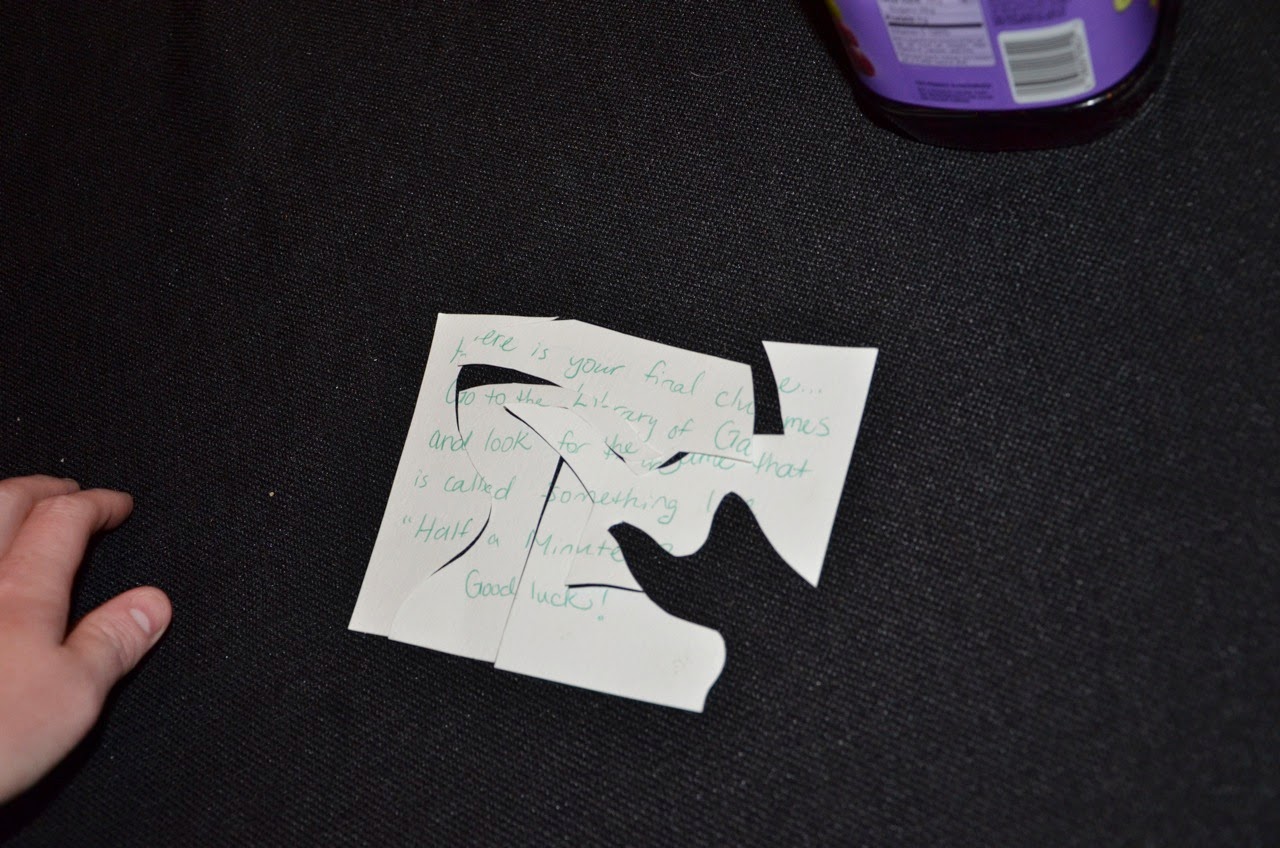 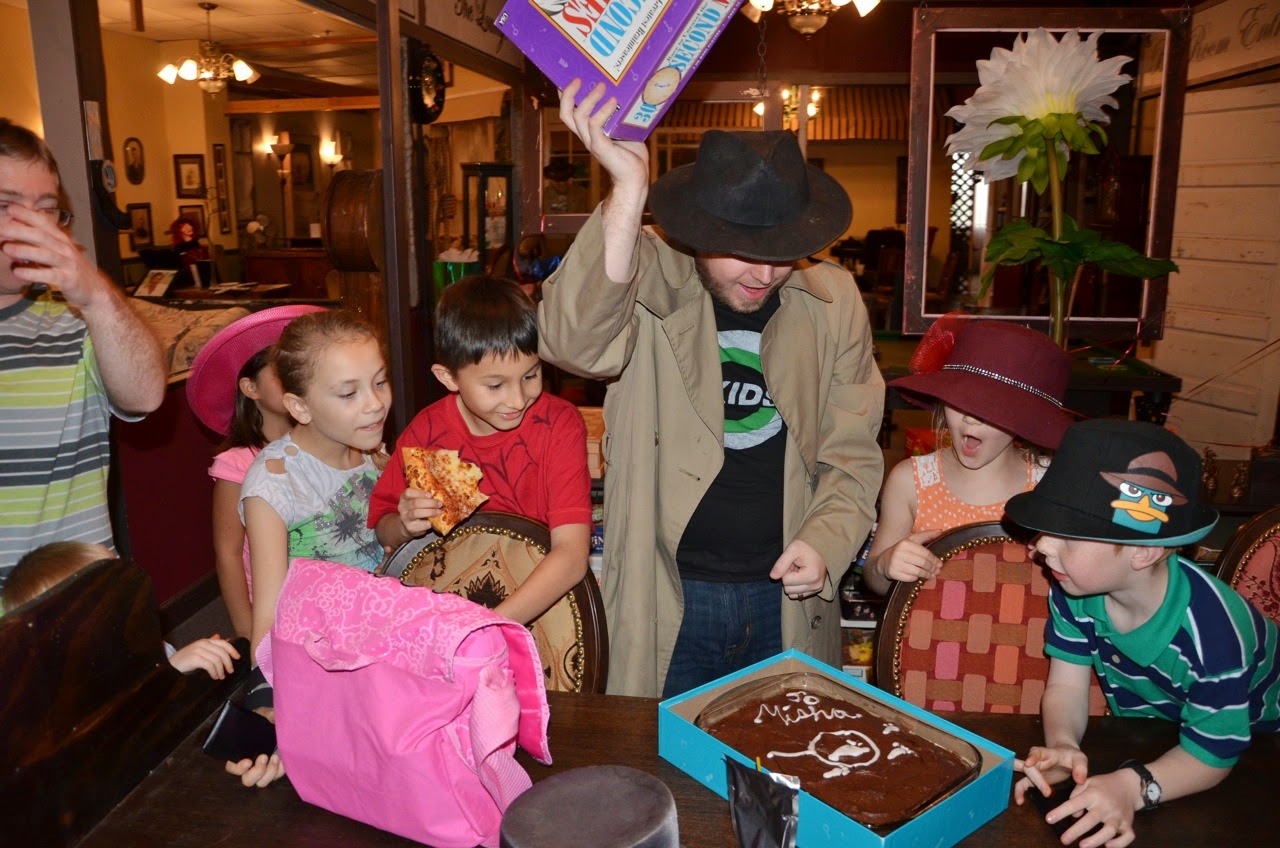 They found the cake hidden inside of a board game in the "Library of Games." Time for dessert! 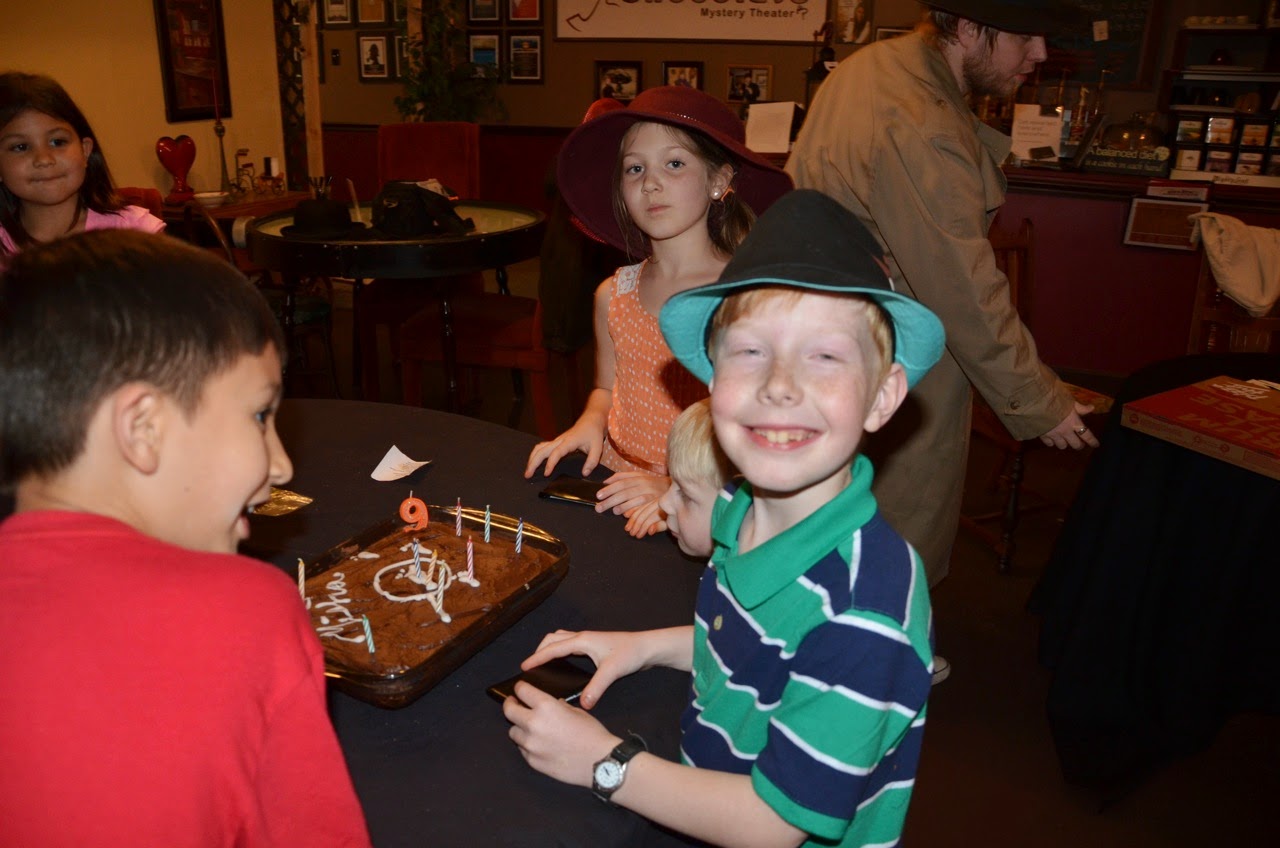 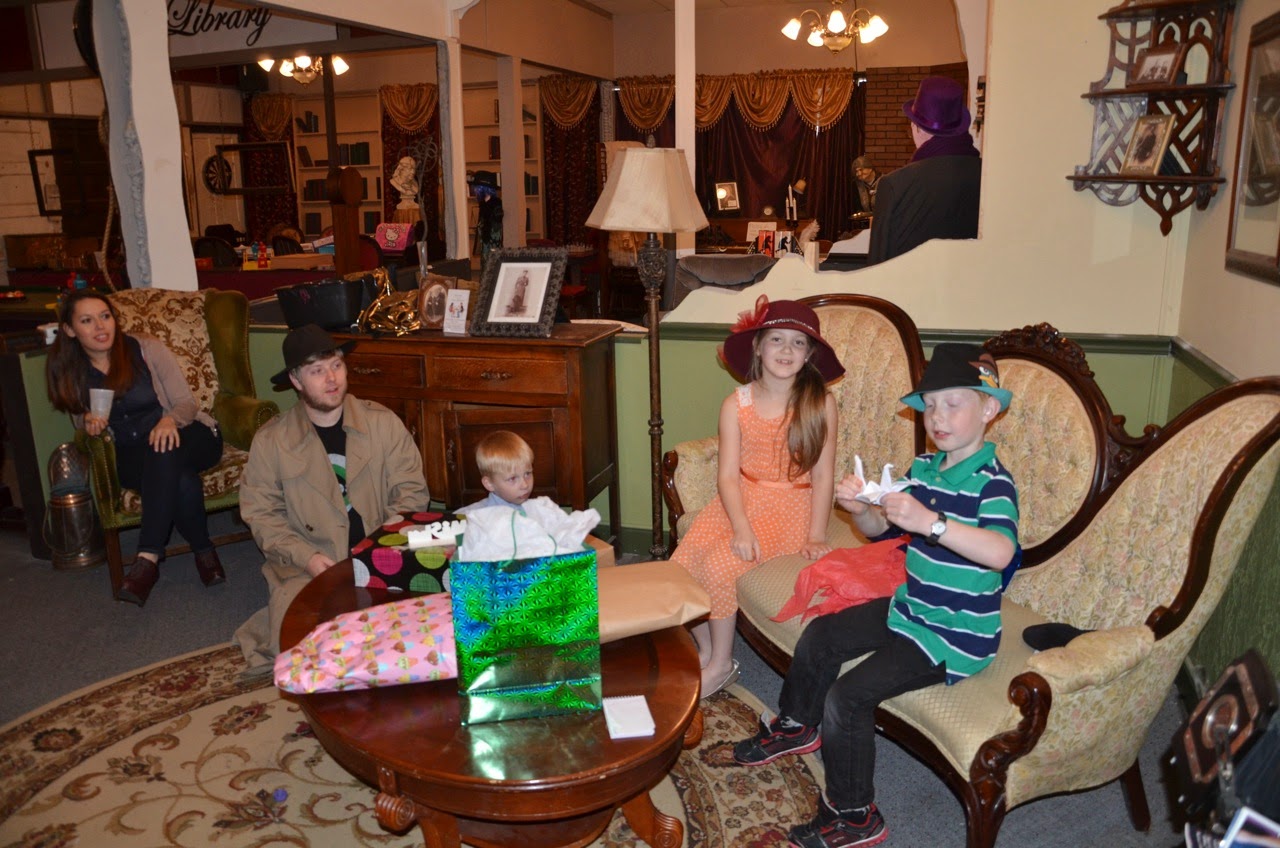 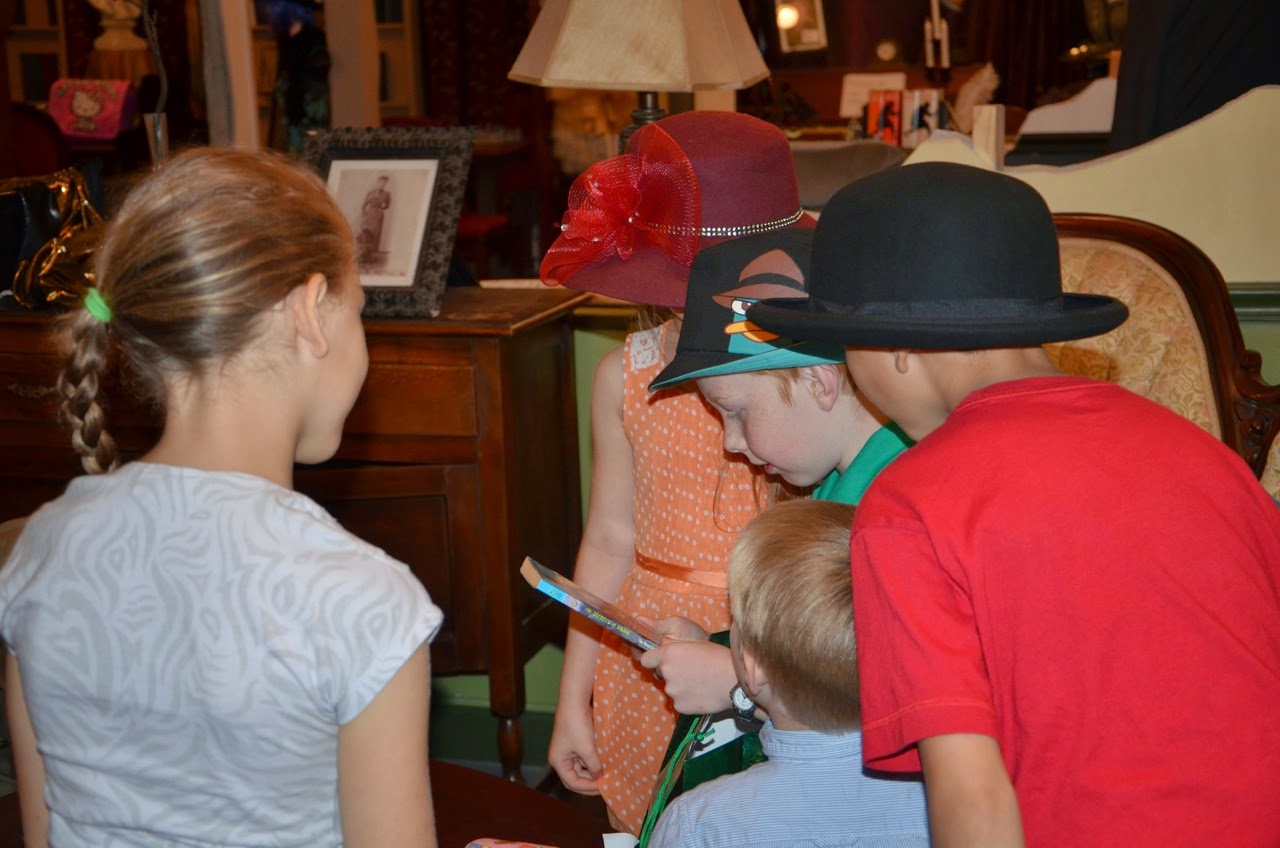 The party wrapped up with present-opening (he got nice games, books, and a cool airplane) and party favors (special detective sunglasses, evidence kits, and secret-message pens).