We finally made it to downtown Houston - for an exciting trip to the natural science museum. Since buying a membership was cheaper than paying the entrance fees for even a second visit, we decided to go for the membership. The museum is so great that we've already gone three times! On our first visit we toured the dinosaur exhibit and the butterfly house. Both were fantastic. Misha and Sebby were enthralled by both, though Misha was particularly excited by the dinosaurs, while the butterflies were most memorable to Sebby.

Their paleontology section is fabulous, starting with small yet detailed trilobite fossils, marching onward to prehistoric elephants and crocodiles, and leading all the way up to Stegosaurus, towering Brachiosaurus, Triceratops, Ankylosaurus, Tyrannosaurus Rex, and - my now undisputed favorite - Quetzalcoatlus. It's amazing to see the impressive size these creatures boasted, so fantasy-like that it's odd imagining how they were in fact real, walking this earth long before us. 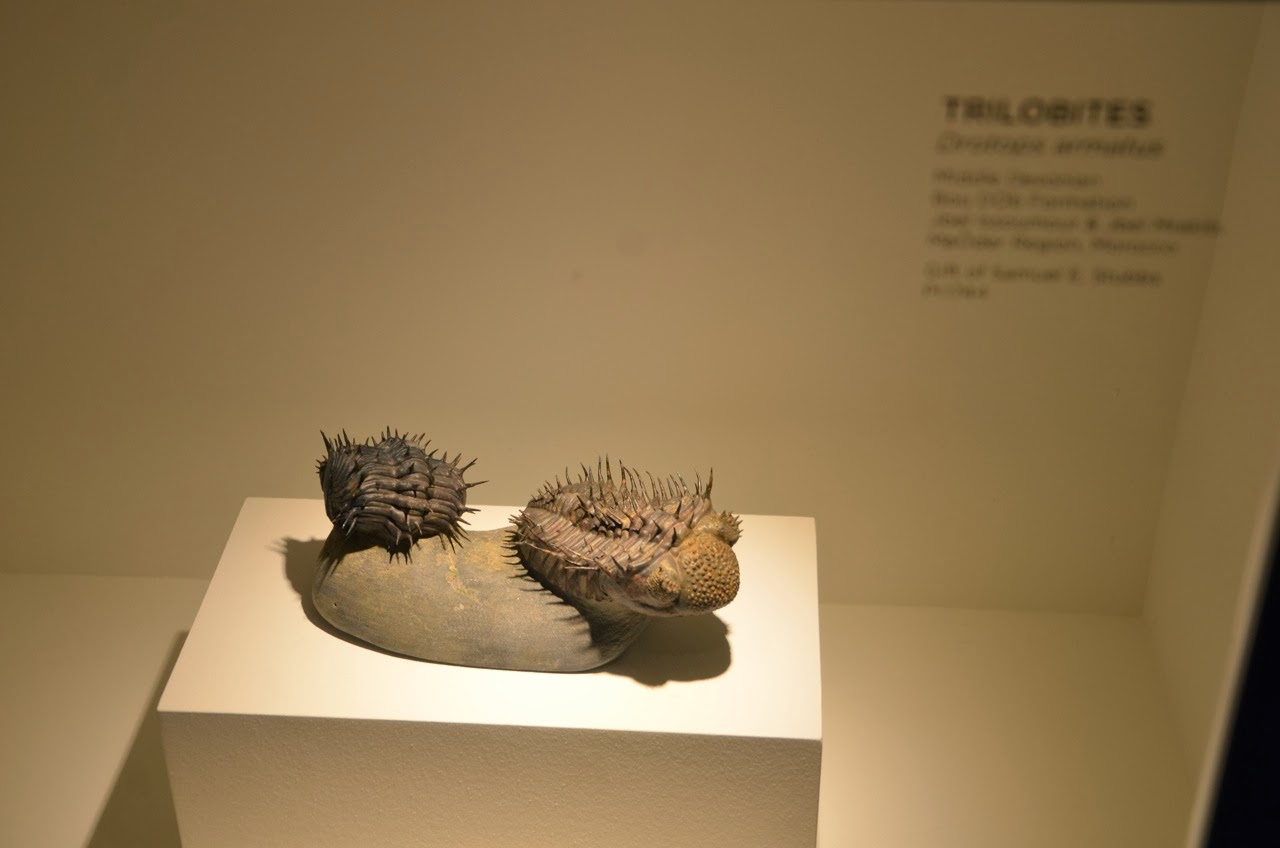 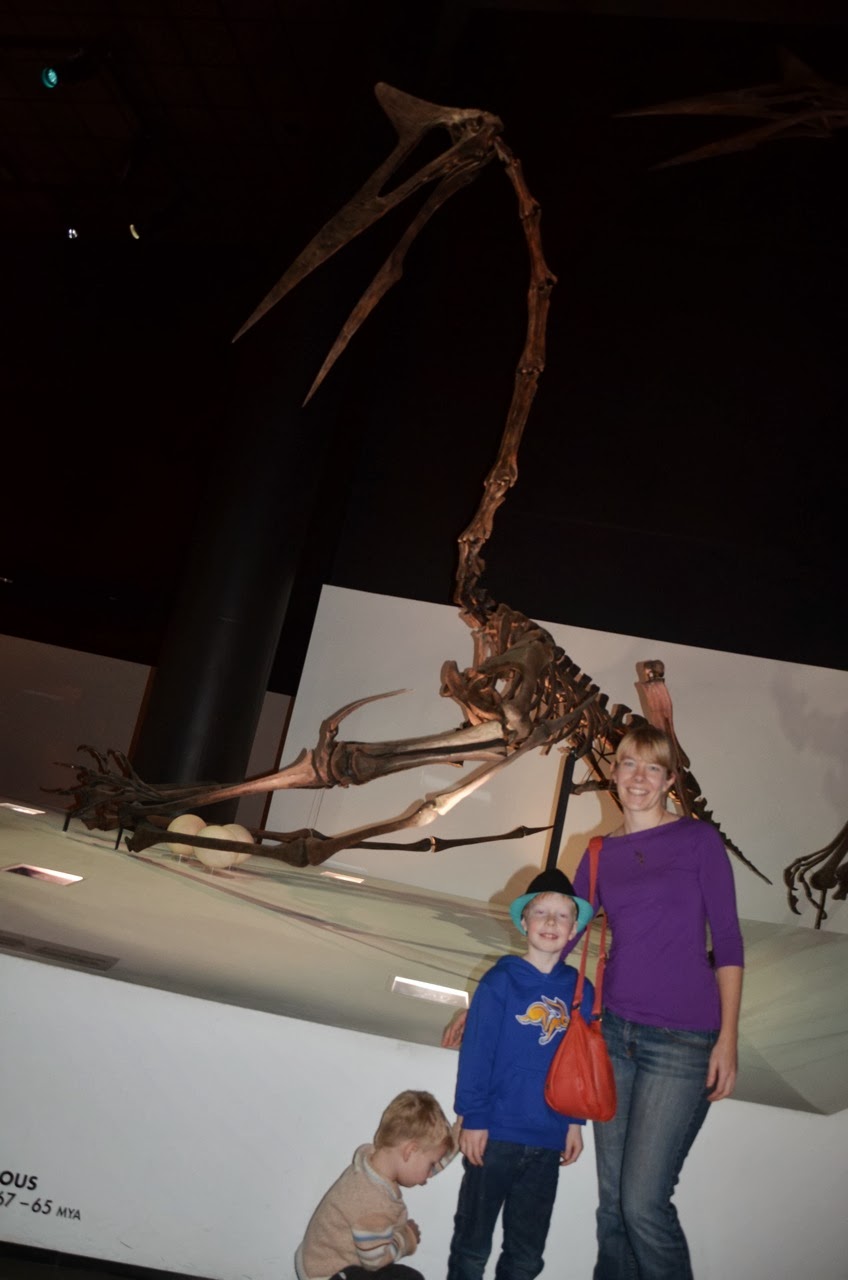 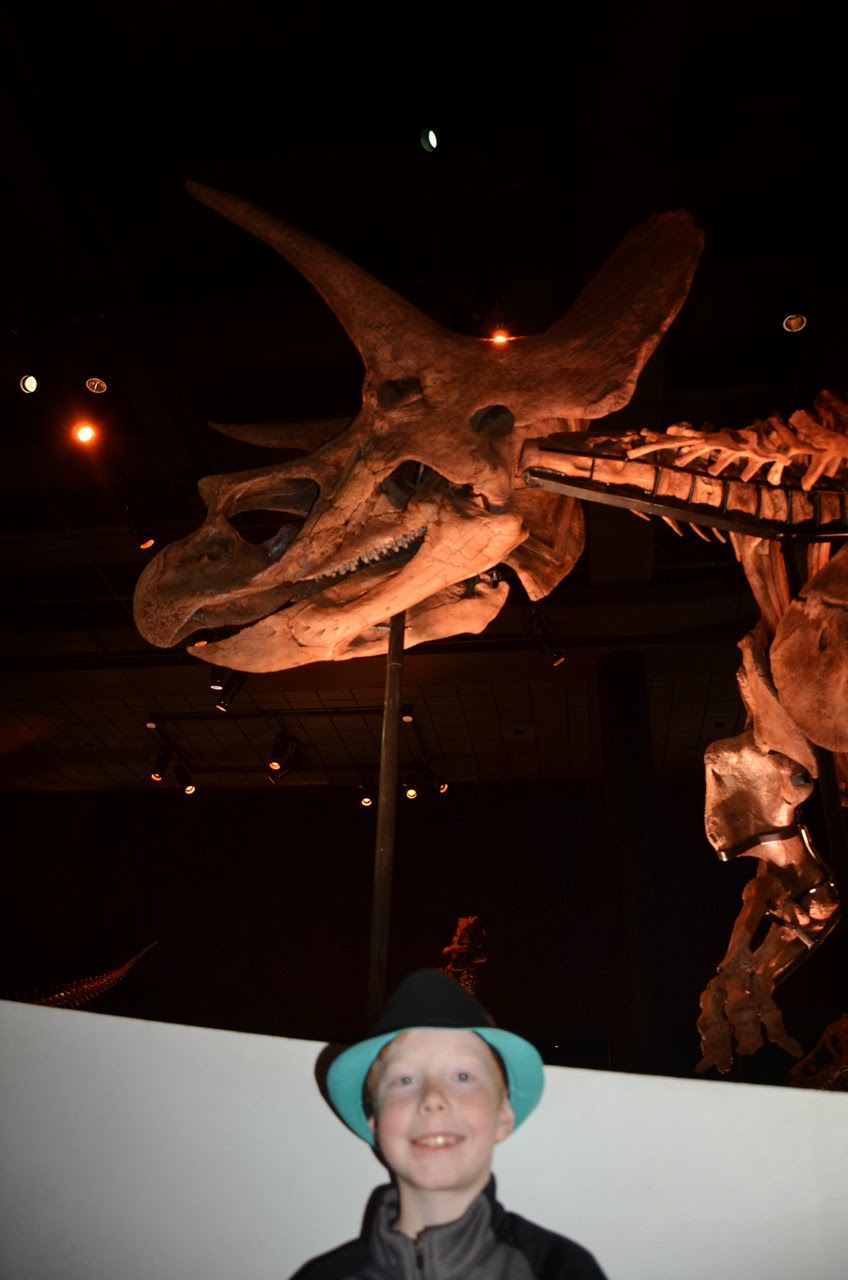 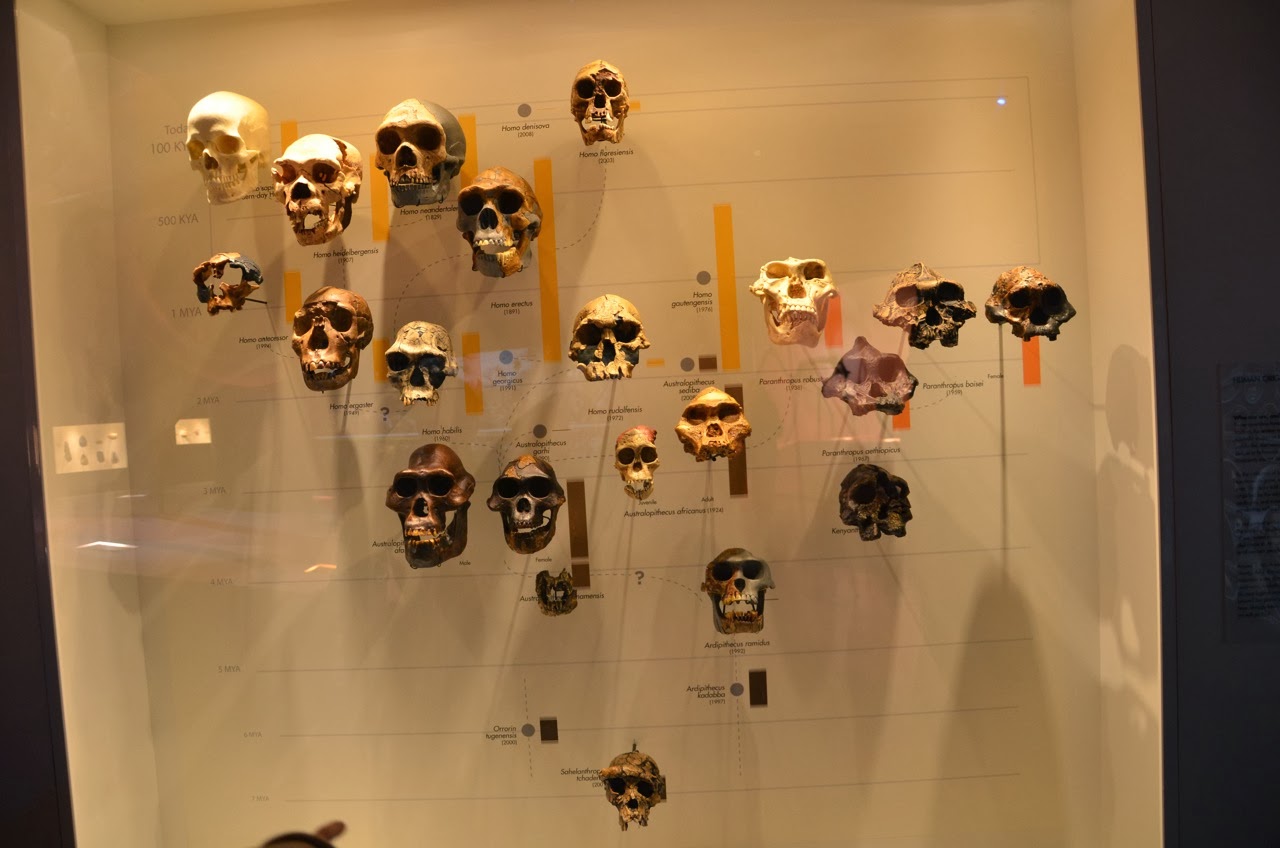 Onto the butterflies and insects - another big hit! 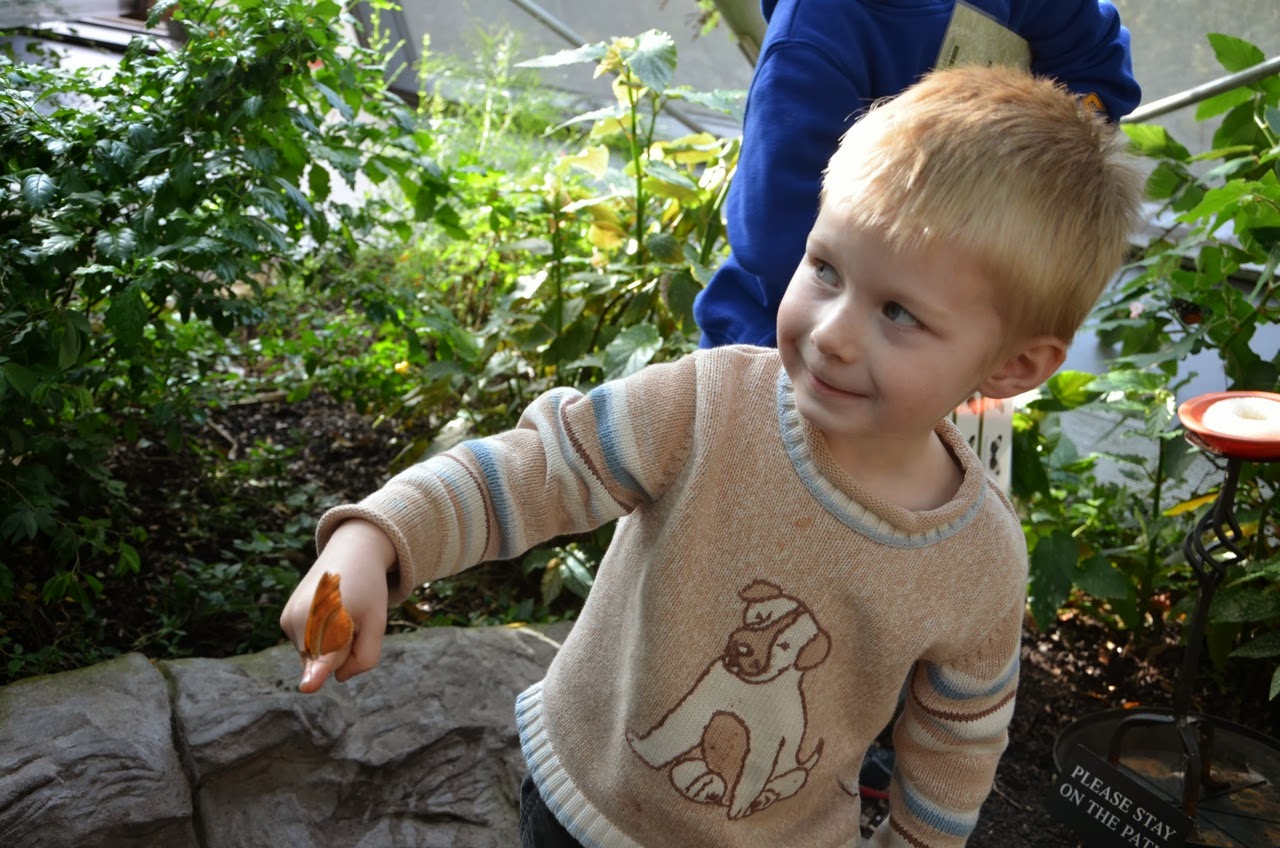 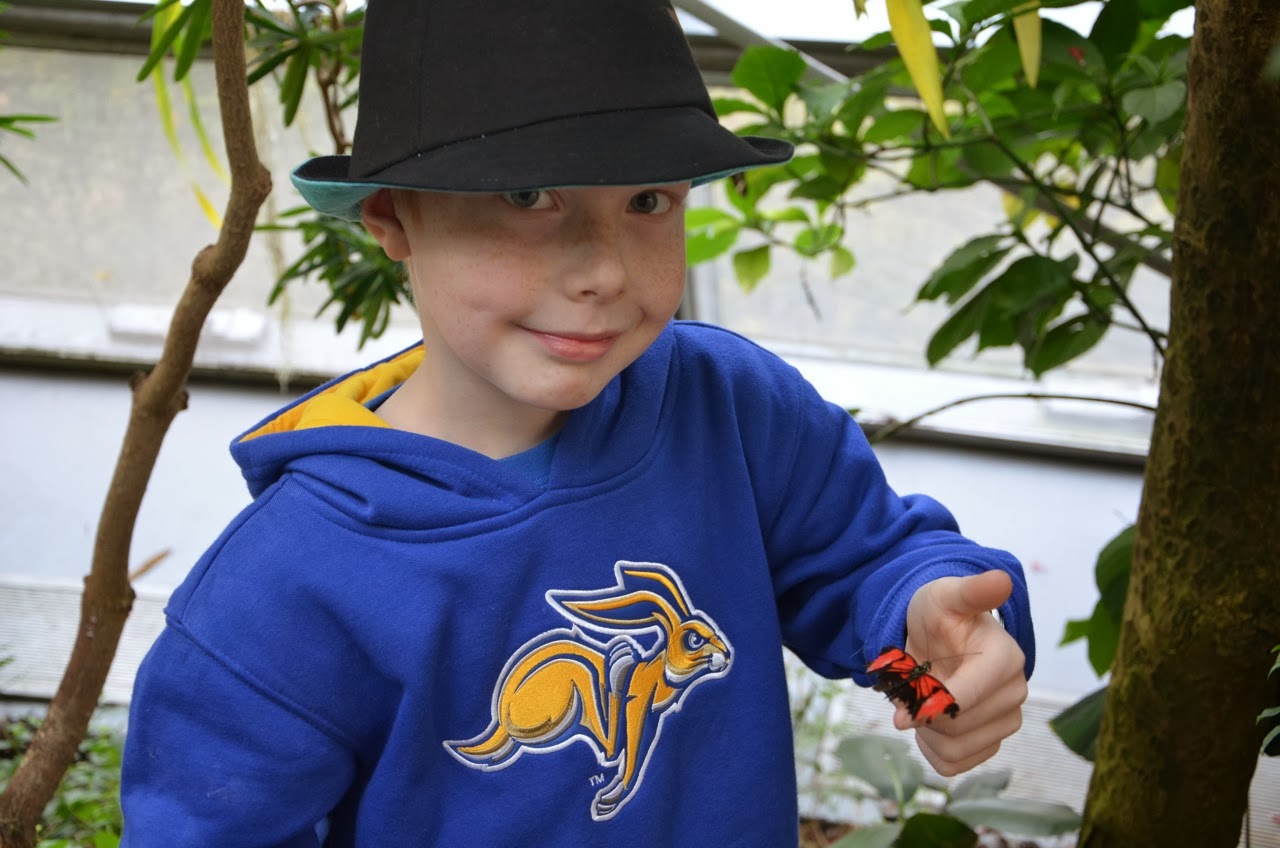 So much to learn about

Christmas break flew by. It was nice to have some time with the boys to do some of the things we've been wanting - such as visit the natural science museum and make another trip to the bayou. Luckily, we accomplished both of those goals, as well as found interesting things to teach the boys and, of course, played with the massive amount of presents they received. Our last several years have been wonderfully simple, intimate celebrations with just the four of us, so this year was slightly overwhelming. I think the boys came through the barrage of materialism fairly well and are now busy enjoying their projects slowly.

We have wonderful boys. Misha's reactions to opening presents are the best - almost always the same and very sincere. When he opened a big dinosaur book with great pictures, he exclaimed, "I LOVE dinosaurs!" A pack of Legos? "I LOVE Legos!" The beta fish from Bud and Ashley? "I LOVE fish!" The karakuri book of animated paper robots and projects? "I LOVE robots!" Sebby also loved opening all the presents and posing for me with hammed up expressions for the photos.

Both boys continue to amaze us with their growing understanding of the world - and they also make us laugh every day. Here are some things they've said over the past few months that I managed to write down before I forgot them.

When we were in Albuquerque over Thanksgiving, Grandma Kate gave us a trunkful of wrapped gifts to take home with us to put under the tree for the holidays. There were so many that I had to bring them downstairs by the armload. The first load was a pile of gifts that all had "To Sebby" tags on them. Sebby inspected all the gifts, and then said with alarm, "Uh oh! Oh no! These are all Sebby! What about Misha?" How endearing. :)

On Christmas morning, they boys ran downstairs to dump out their stockings and admire the gifts Santa left them. Then they came back upstairs to wake up Daddy. Josh asked Sebby, "What did you get from Santa?" Sebby misunderstood the question, thinking he had said "What did you get FOR Santa?" Sebby said with utter amazment, "I didn't give him anything! But he still gave me a whole bunch of toys!"

One of Sebby's gifts was the board game Trouble. I'm sure you remember that it has the dice in a small bubble popper in the center of the board. Sebby opened the game by himself, and when I walked into his room, I saw that he had ripped off the back of the board in an attempt to get the dice out. "Mom, I can't get the dice open!" he exclaimed, and I had to explain that those dice were supposed to stay in there. The game is actually better without the back, because now we can draw our own designs.

While I was making breakfast, Sebby was spinning himself in circles in the kitchen. Suddenly he asked me, "Mom, are you dizzy? Because I'm spinning." I said no, because I was standing still. He kept spinning around and around, and then asked, "NOW are you dizzy?"

Sebby's conversations with other children at the park crack me up. Sebby started swinging beside another little boy, and they had the following conversation:
Kid: You swing pretty high.
Sebby: Misha can swing *really* high
Kid: How high can he go?
Sebby: (matter of factly) Well, about up to ... 70.
Kid: I can go up to 30.
Sebby: (incredulous) REALLY? 30??
Kid: Well, actually about 60 and 90.

When Sebby eats corn chips, he usually announces what they look like after each bite. One day while chomping away, he held up his chip and asked Bud, "What is this?" "A boot?" suggested Bud. "No, it's a boat!" Sebby corrected, and after another bite, he asked again, "What is this?" "A shark fin?" "No," laughed Sebby, "It's a broken boat!"

He has started adding bigger words to his vocabulary now, like hilarious and concentrate. In the museum, Sebby found it fascinating that the toilets would self-flush. "That was so hilarious - the potty flushed all by itself!" he told me. One sunny morning, the boys played freeze tag outside with Bud, and Sebby described it to me: "I had to concentrate on catching Misha and Bud."

Other cute things Sebby has said:

Referring to the never-ending 12-hour road trip to Albuquerque: "This is getting upper and upper, not downer and downer!"

About his toy penguin: "My penguin didn't listen to me and he went out in the ocean and he got eaten by a shark! So now he has to stay next to me."

"Was I shoogling?" (A combination of shivering and wiggling)

"It's not good to have a hole in your boat because then snakes might get in." (Not the first problem that comes to my mind!)

As for Misha, the thing that most strikes us about him is his pure curiosity. He asks a million questions, about everything from nature and science to social phenomena. Even Bud is amazed that Misha can ask follow-up question after follow-up question making the adults think, "Hmm... why do I not know enough about this topic to explain it to an 8-year-old?" His questions run the gambit from "What happens when we drink up all the water in the world?" to "What happens in China if you have a second child?" to "Why does some poop float and some sink?" to queries on dinosaurs, cave men, cell division and cancer. He has such a desire to learn, and the self-discipline and patience to go with it. We've been showing him how to use the internet more as a tool for finding out things. The sheer number of websites and youtube videos on everything you want to know is mind-boggling. He has commented that there is so much to learn in the world! He's a great big brother for Sebby. Sebby has nowhere near the attention span of Misha, but he is also doing well with sounding out letters, beginning to read and write.

Having finally gotten a Texas license, we have also gotten a public library card. We spent an entire evening last week at the library picking out books. I had no idea that libraries these days had such generous limits on book check-outs; the library here allows 75 items! We all prowled up and down the aisles and came home with more than 30 books, some about dragons and monsters, some about elements and Stonehenge and lost cities. I was so pleased how very excited both boys were about the heavy stash of books we were bringing home. All the way home in the car, they were chanting, "We're gonna have our own library! We're gonna have our own library!" Bed-time has been greatly spruced up by this massive influx of new material to pour over. There is just so much to learn!