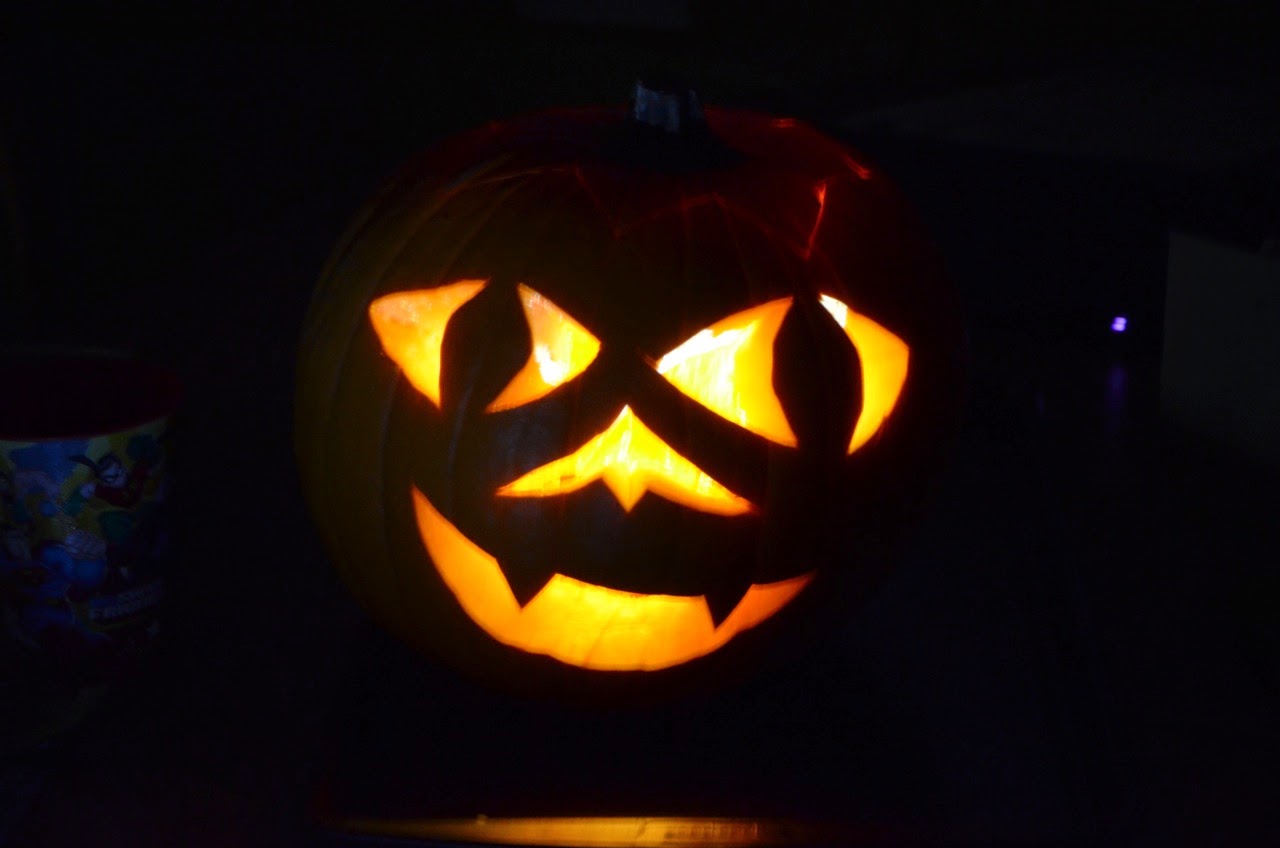 We always have lots of fun with Halloween. The days preceding were spent working on costumes and, of course, carving a pumpkin. I wielded the knife while the boys sketched ideas for it on their whiteboards. We then lit the jack-o-lantern with the flashlight from an iPhone because we do not seem to own a candle. 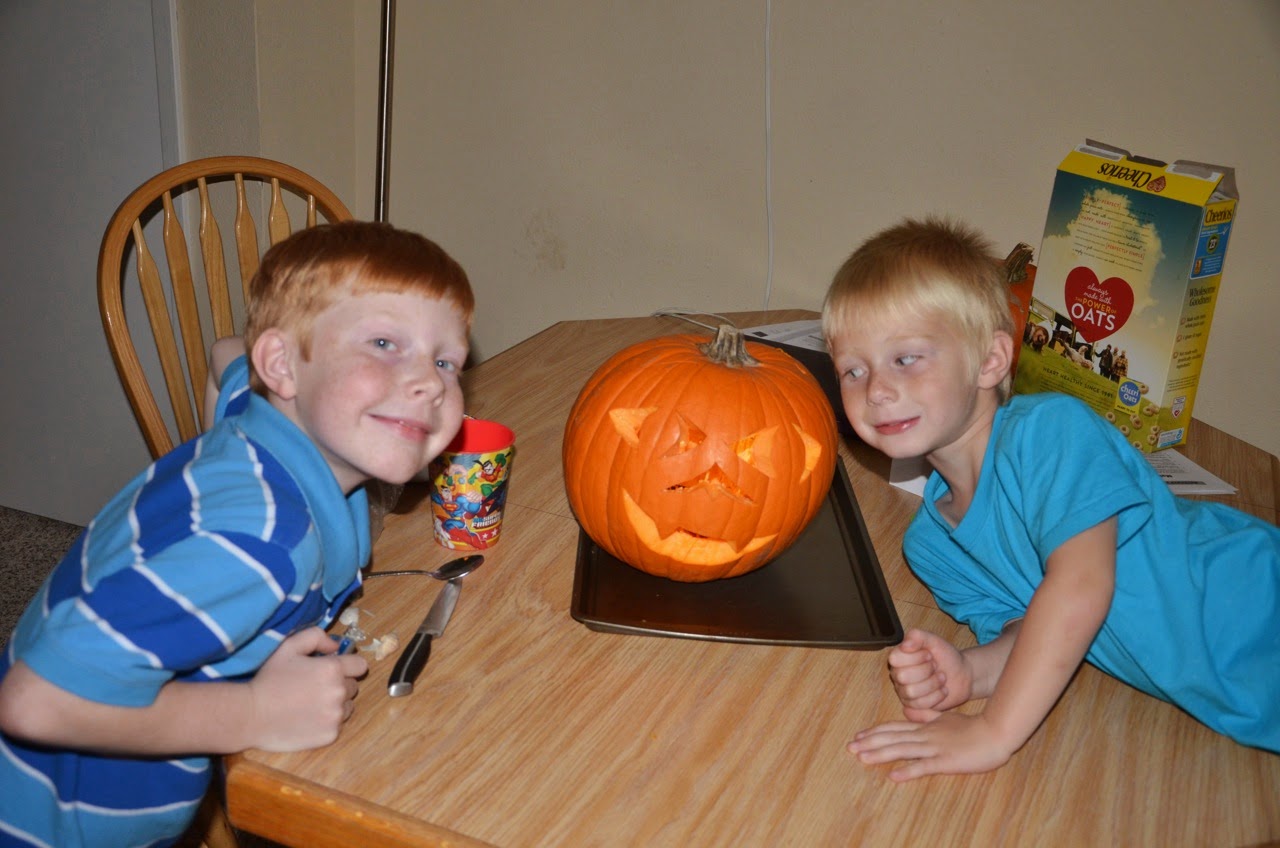 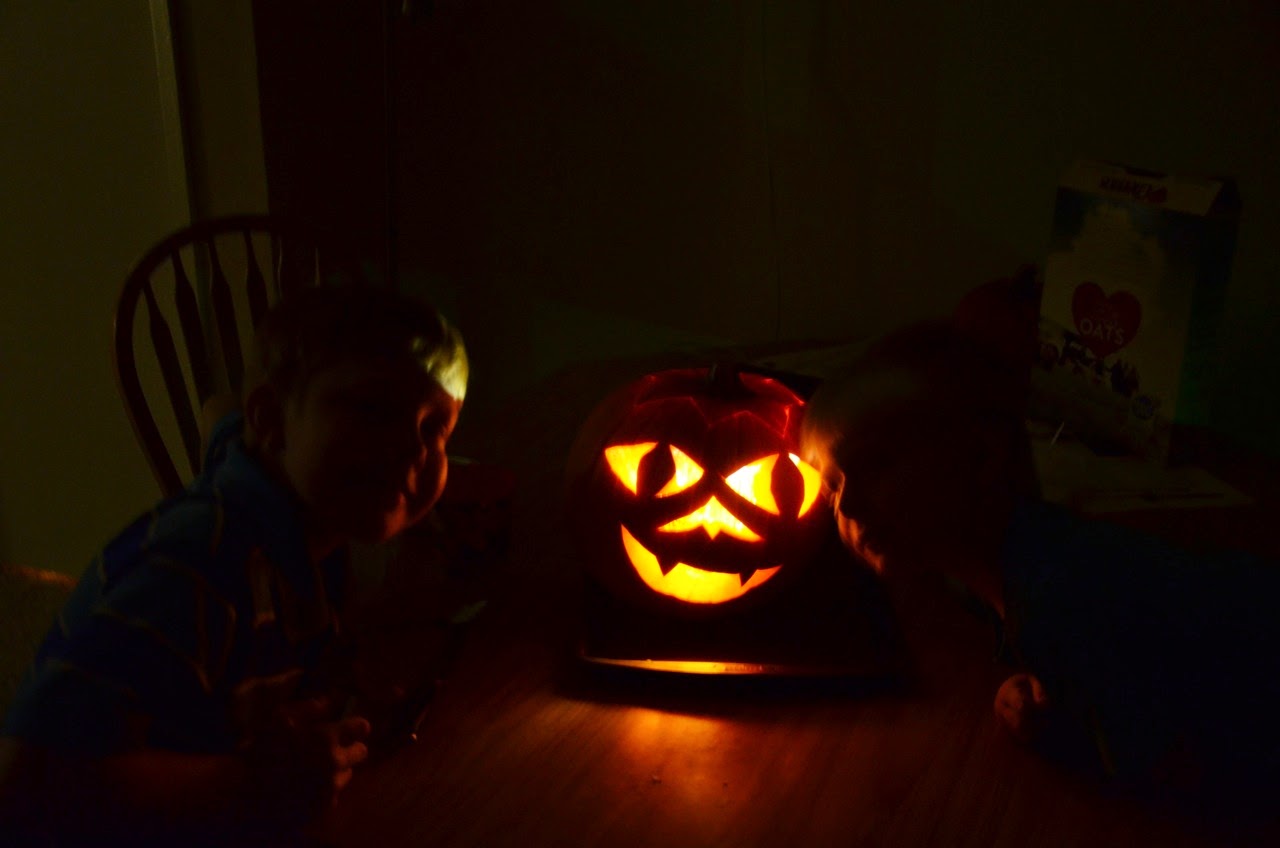 I originally thought Sebby would like to be a dragon. I bought a green sweatshirt for the base, to which I added bright red spikes, little green ears, and eventually, a tail. The moment Sebby first glimpsed the spikes, he cried out in delight, "It's a Troodon!" and from then on, he was his favorite type of dinosaur. Even better than a dragon! 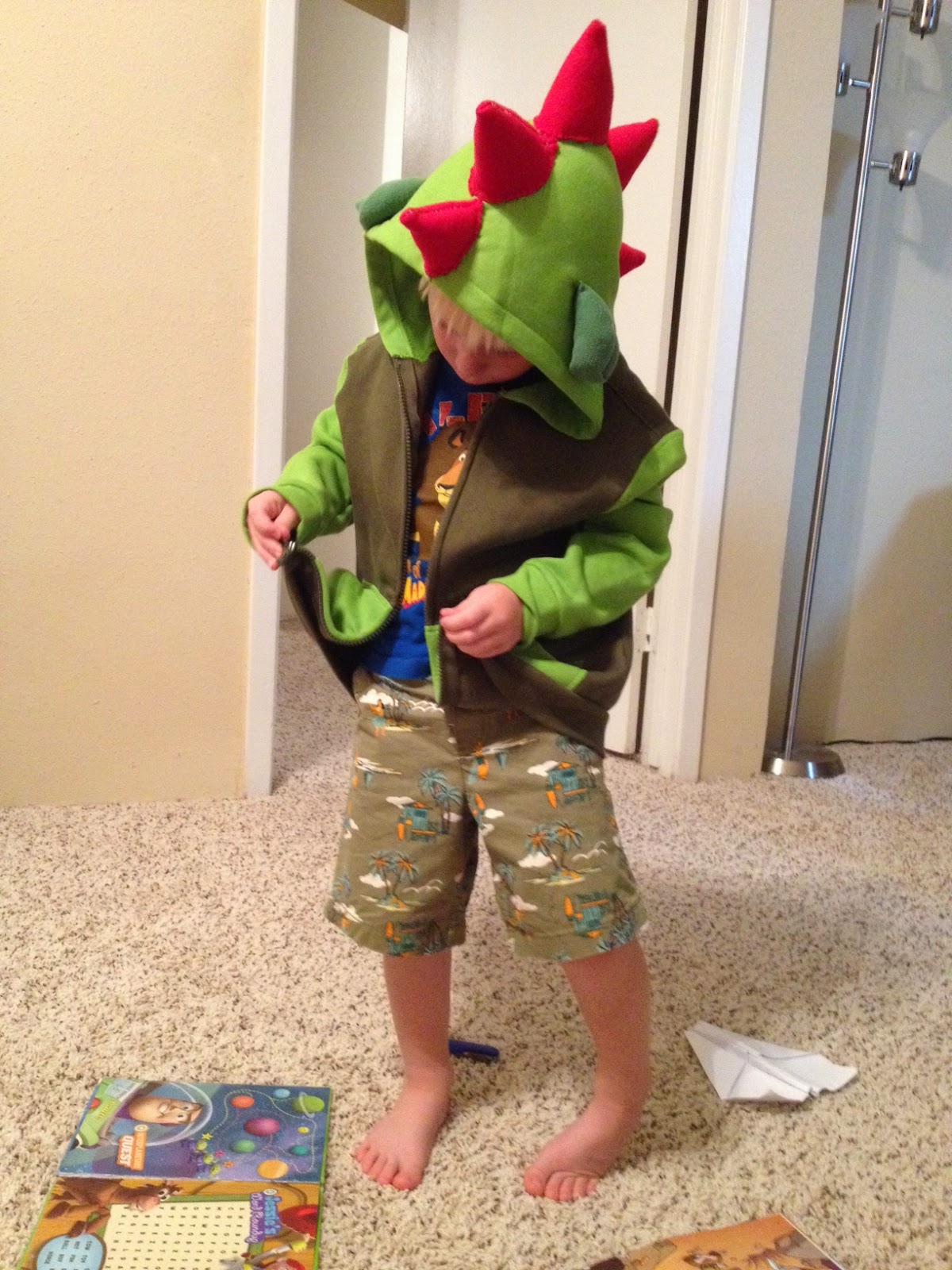 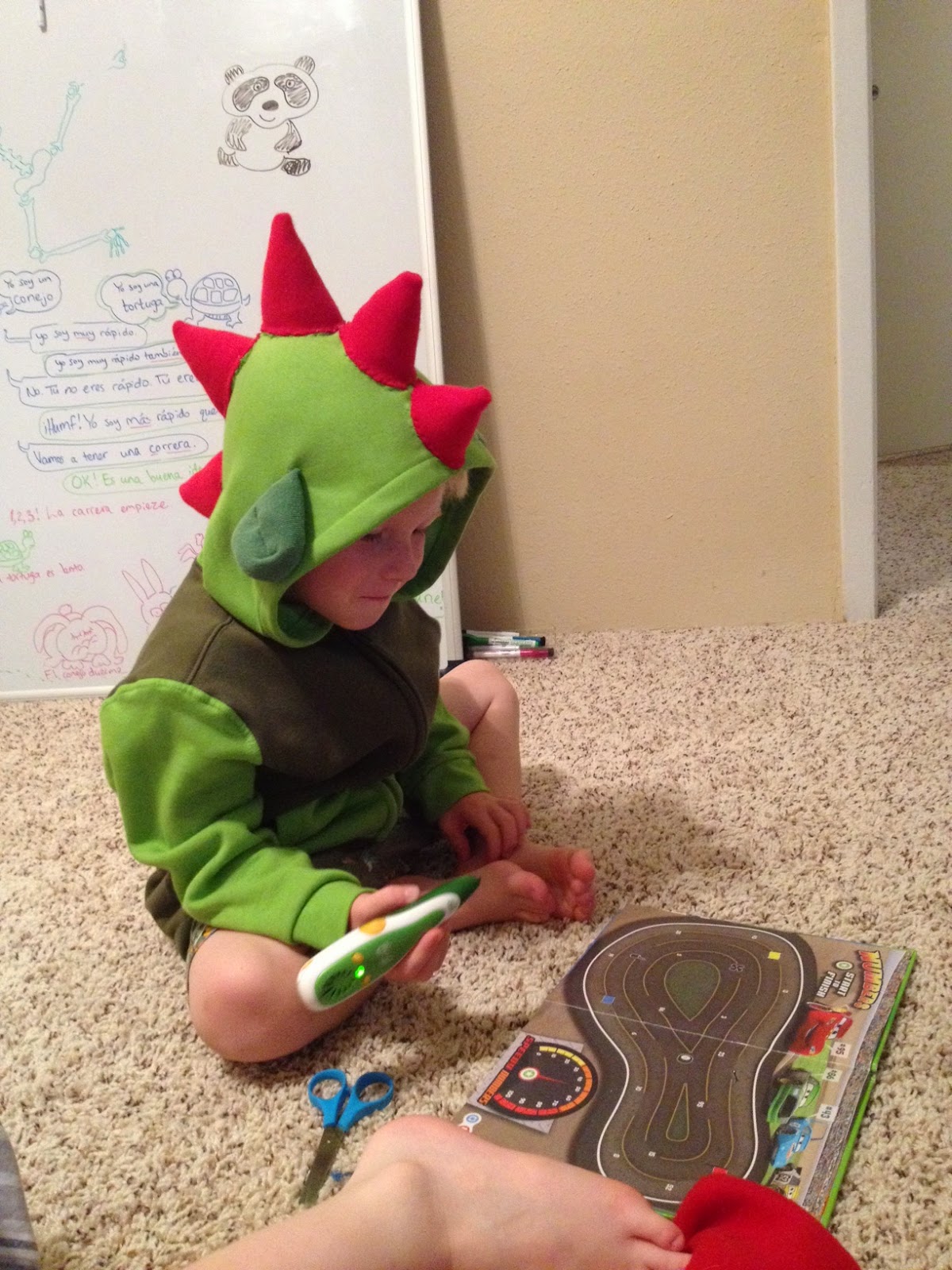 Misha has recently become inseparable from his Percy Jackson and the Olympians book series based on Greek mythology, so it was no shock when he decided he wanted to be Poseidon. Making him look like a Greek god, however, took a bit of brainstorming. He made an origami crown, adding sea shells from the beach in Galveston to give it a definite sea flare.

Here is his drawing of Medusa that he did for school, illustrating a passage from the book: 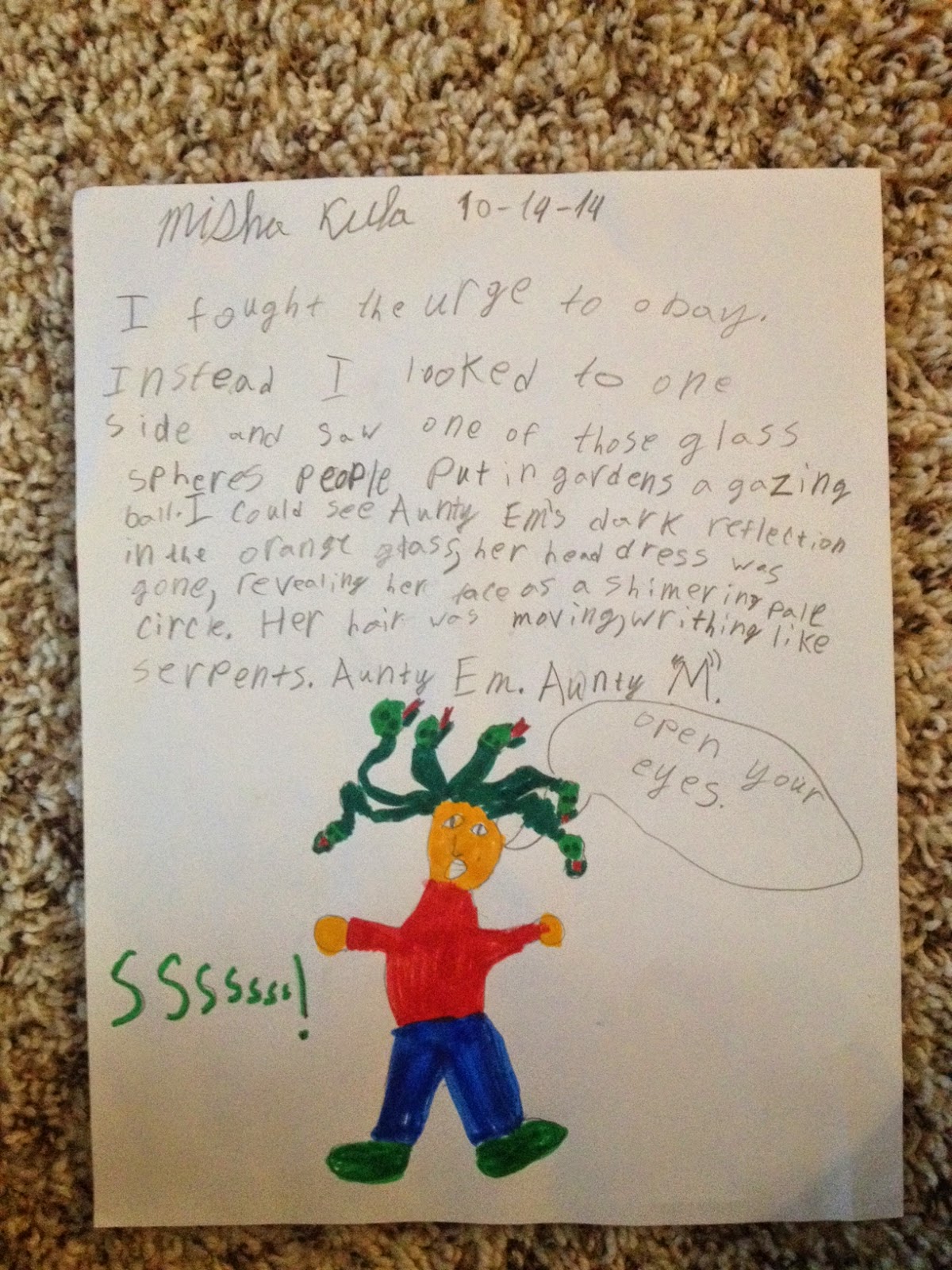 On an unrelated note, Misha was referred to an eye doctor by his school. His eye checkup revealed that he does indeed need glasses, a fact which he was quite excited about. (Now Sebby is also wanting his own glasses!) We ordered him a pair of glasses online, and it arrived on Halloween! He got to trick-or-treat with clarity. 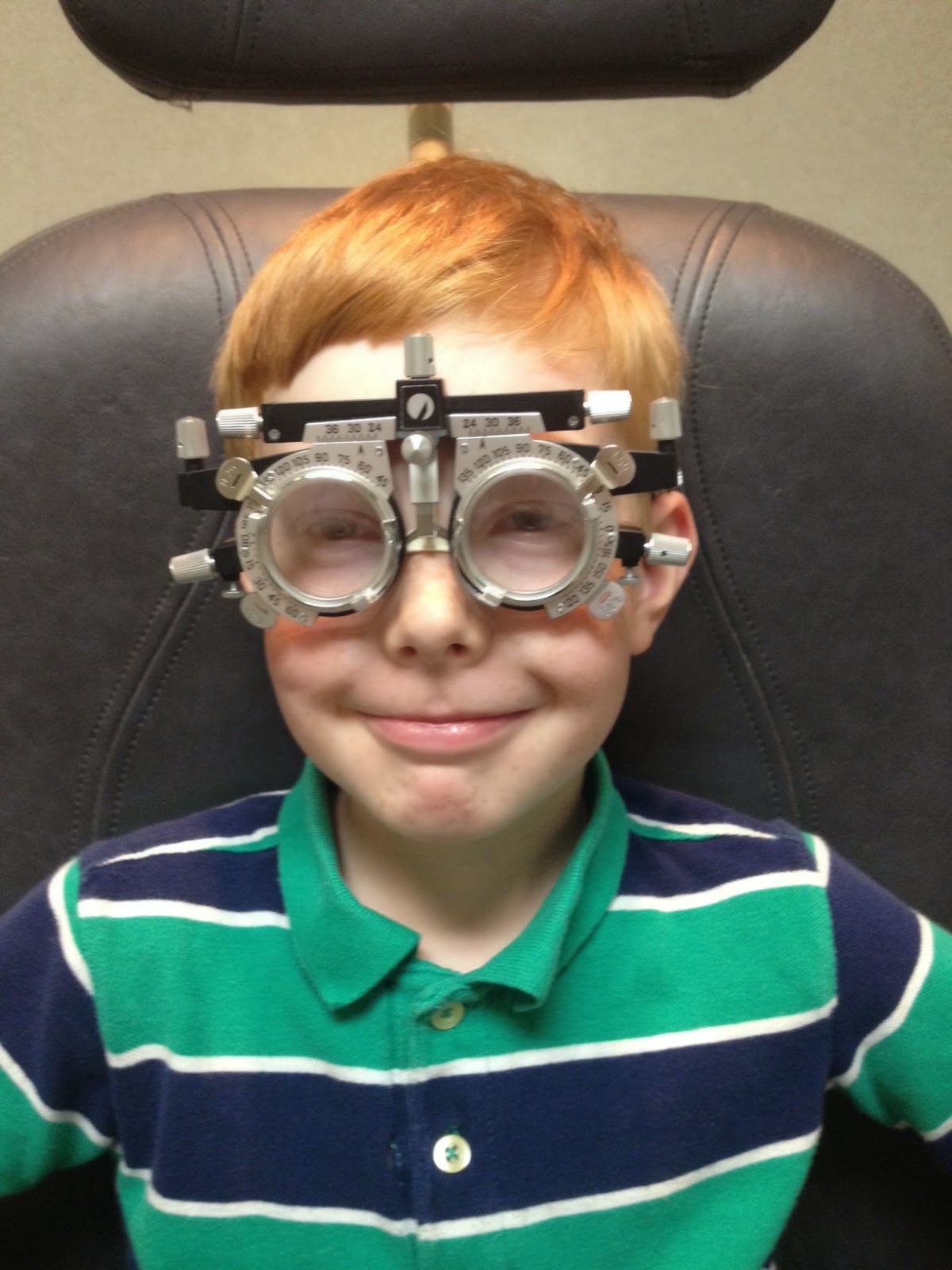 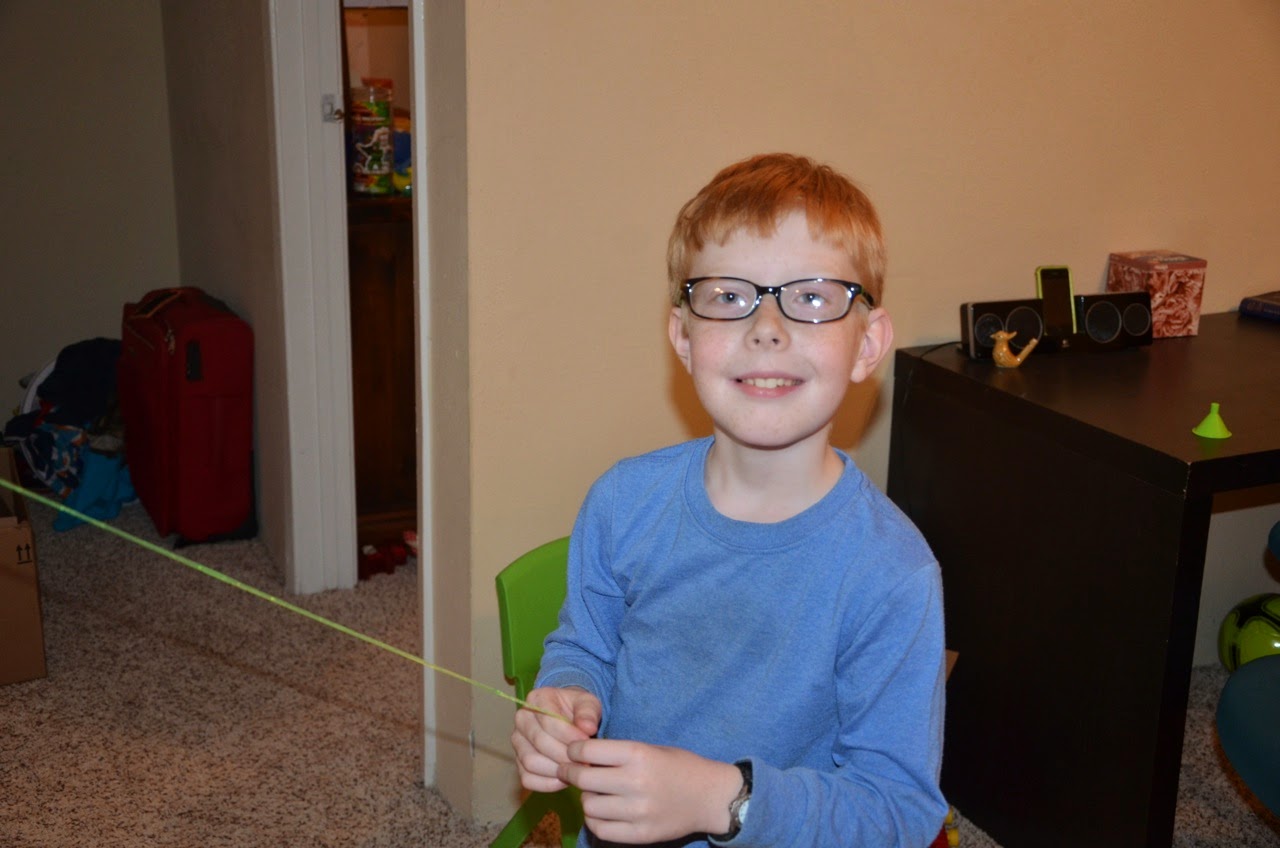 Halloween night: I decorated all of our faces with face paint and eye liner. 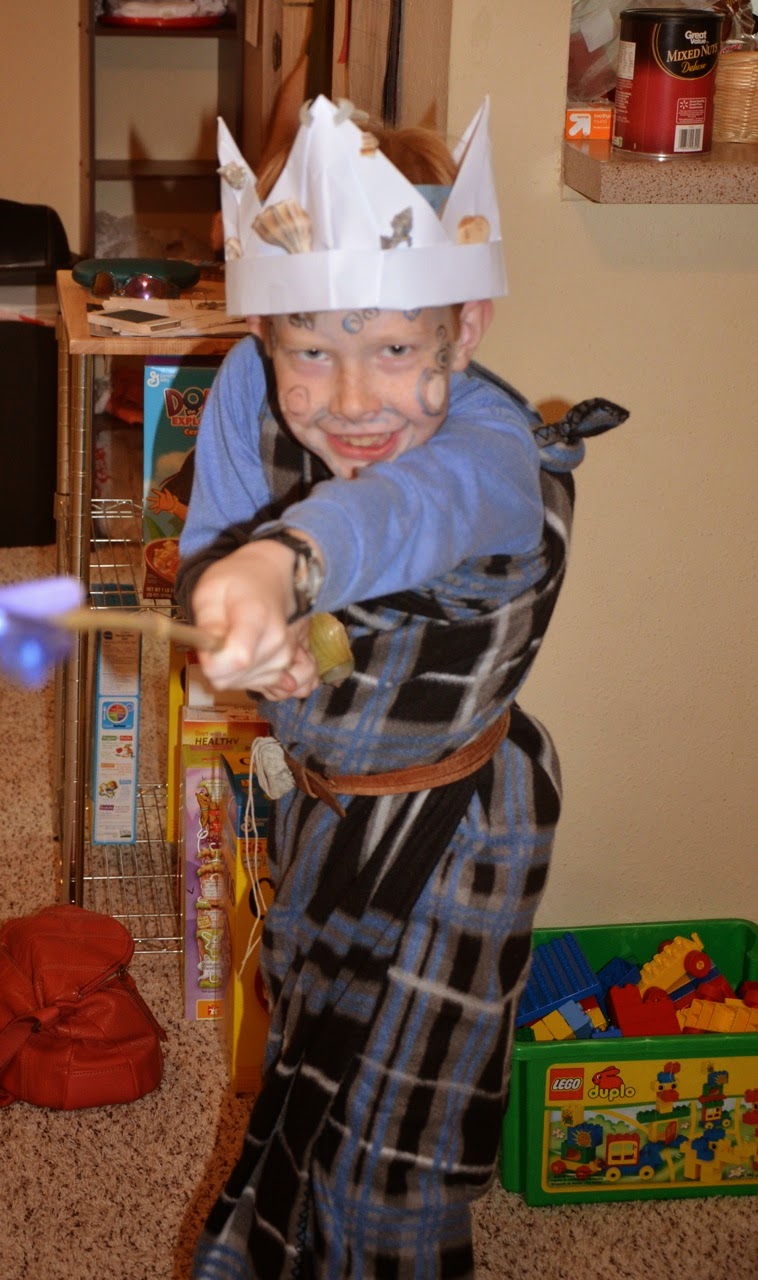 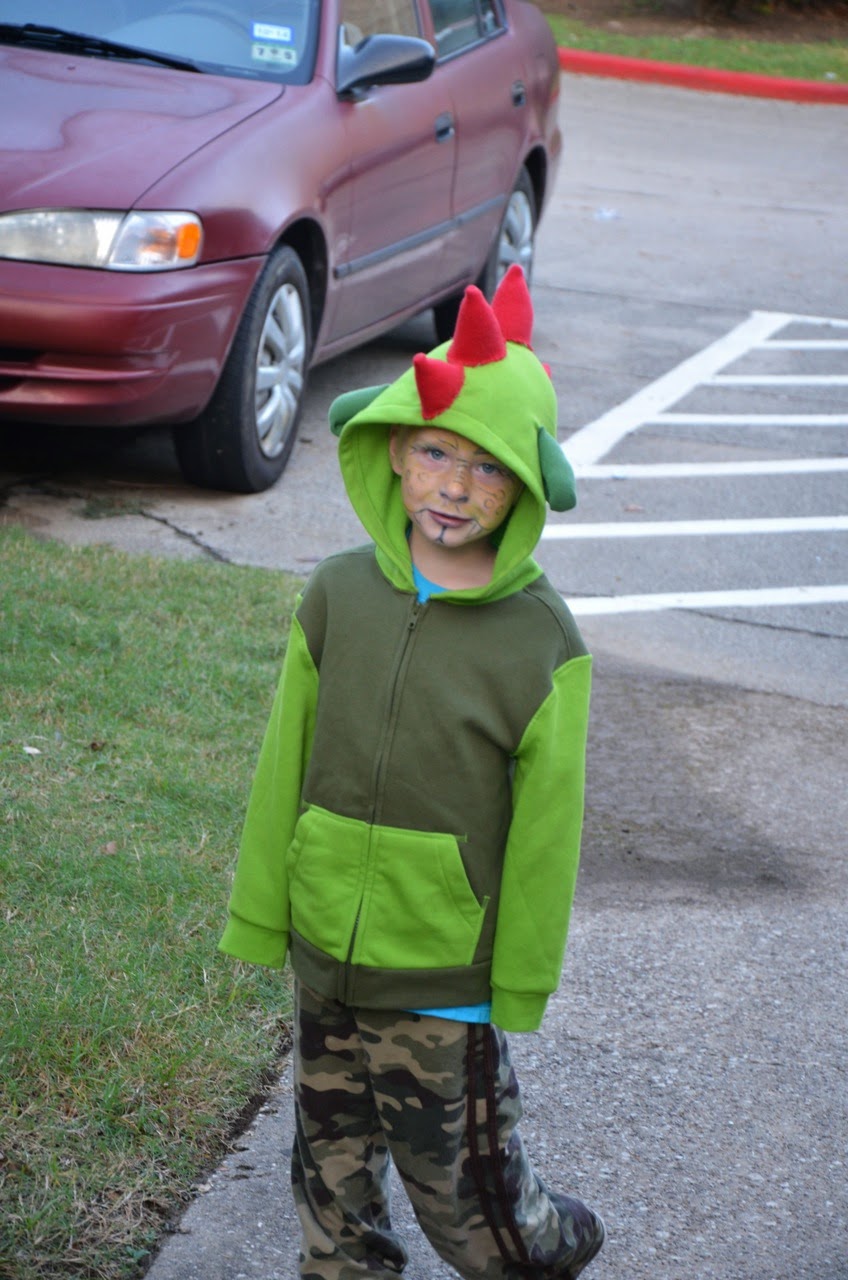 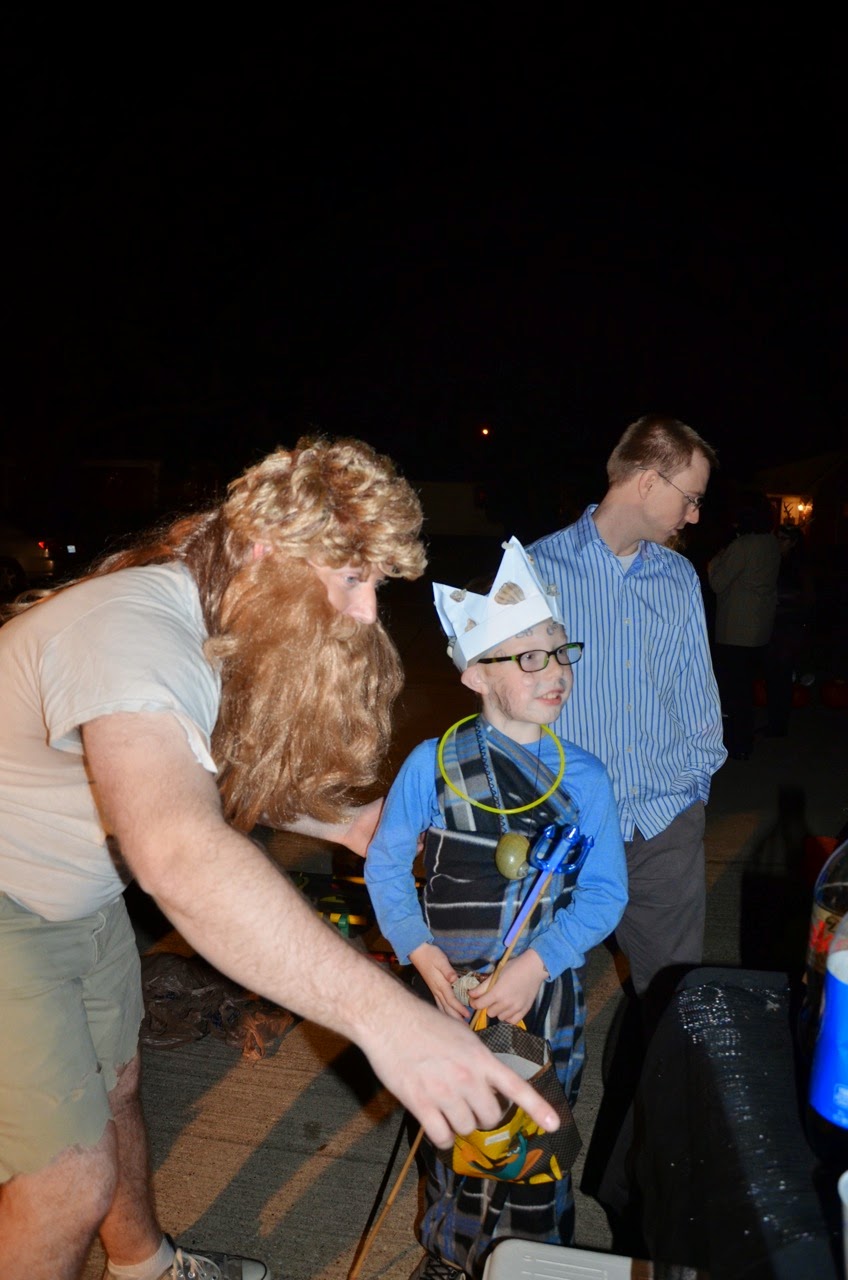 We started off at Bud and Ashley's house, a lively site of free hot dogs, music, and strobe lights. It took us over an hour just to make it around the block, as everyone outside was so social and generous. We collected gobs of candy, not to mention some belts, water bottles, whistles, and interesting stories. We passed through water balloon games, more hot dog stands, free juice box and popcorn stations, and a movie projected on a screen.

In his exuberance to start trick-or-treating, Sebby completely forgot to put on his shoes before he ran out our door. No one even noticed he was missing his shoes until we were already at Bud and Ashley's ready to do the rounds. Hence, he just trick-or-treated in socks! 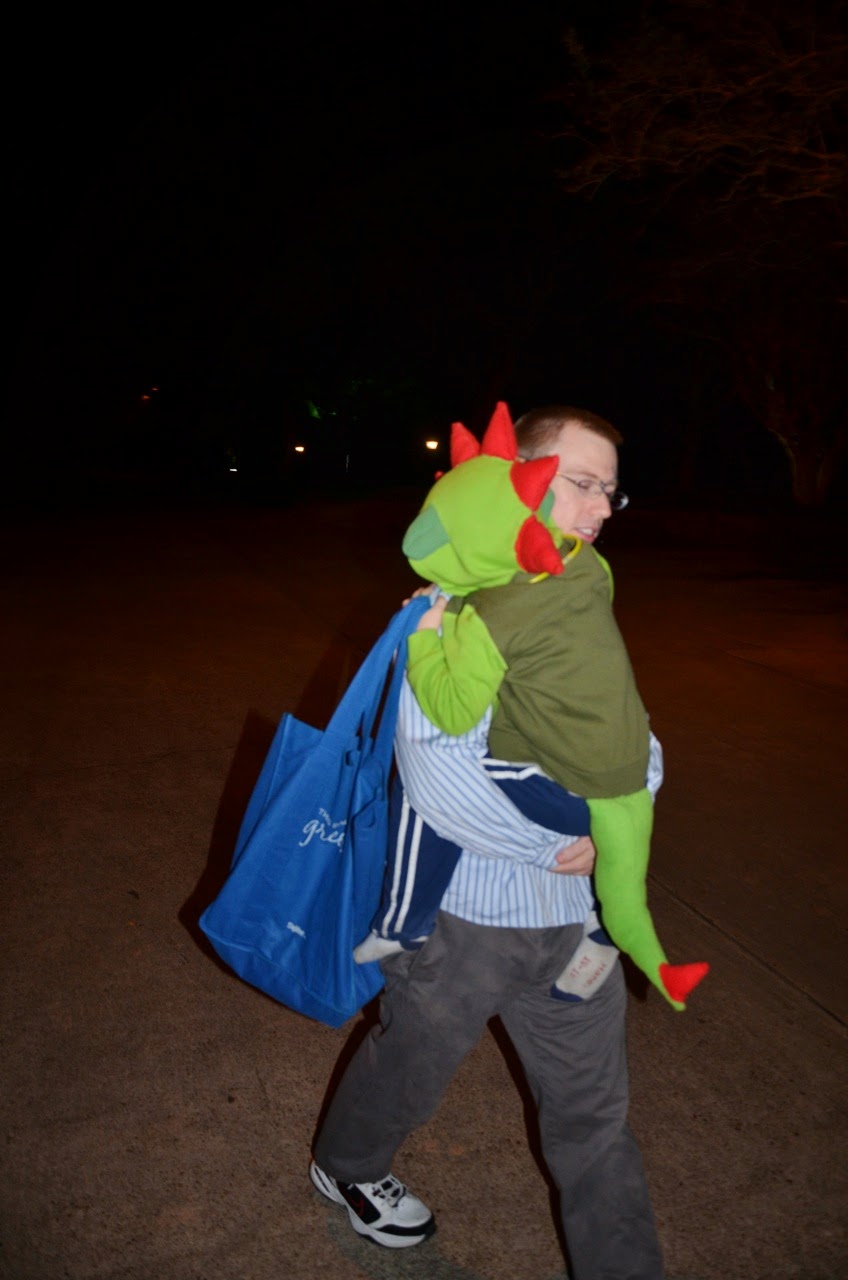 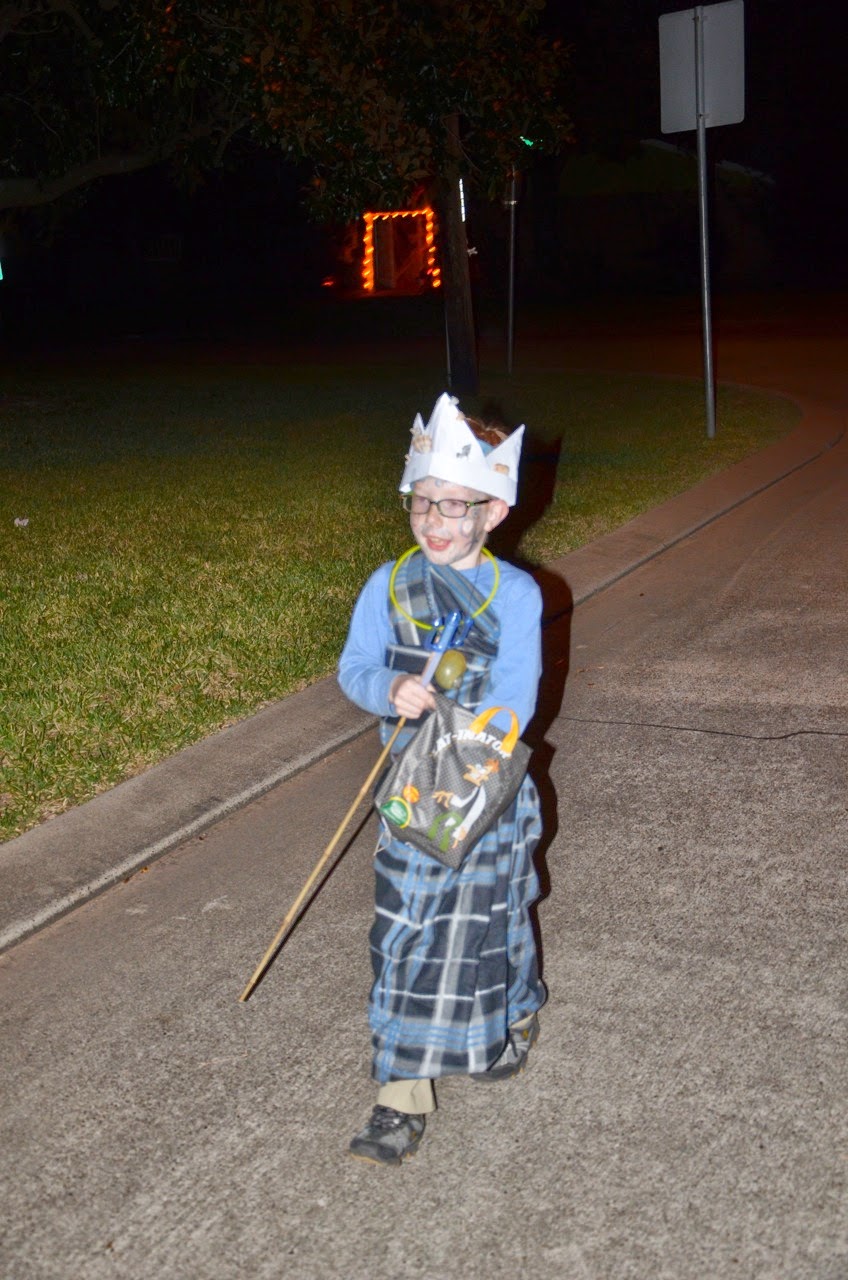 Just like last year, the highlight of the night was the house with the python. The two sisters there let us pet him and hold him around our necks. The snake is about four feet long and 28 years old!

We arrived home rich in candy, tired out, and ready to sleep in. Friday Halloweens are the best. Other recent pictures: